Russell Crowe knows he won’t have a better proponent of his new film than the pope himself. So he has invited Pope Francis to a special screening of Noah — but will he get a reply? 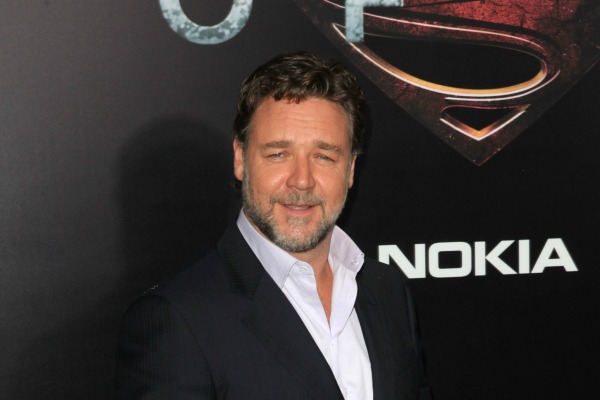 Russell Crowe is really proud of his new movie, Noah, so much that he wants everyone to see it. In fact, he spent the weekend tweeting at Pope Francis in hopes that the pontiff would make an effort to hit the theater sometime soon.

Noah is an epic retelling (to the tune of $125 million) of the Bible’s Noah’s Ark story. The actor plays Noah, and is joined by a huge cast that includes Jennifer Connelly, Emma Watson and Anthony Hopkins. Crowe sent numerous tweets to the pope’s Twitter account over the weekend.

The film doesn’t come out for more than a month, but it is already the subject of some scrutiny. Variety reports that a report done by Faith Driven Consumers found that 98 percent of those identifying as “religious” weren’t interested in seeing religious films like Noah.

“As a Faith Driven Consumer, are you satisfied with a biblically-themed movie — designed to appeal to you — which replaces the Bible’s core message with one created by Hollywood?” the survey asked. According to the Huffington Post, the studio disagrees with the wording of the question, but there is no doubt that some feel the film isn’t following the Bible. The studio said their own survey found that 83 percent of those identifying as “religious” may want to see the film.

But survey or no survey, a response, even on Twitter, from Pope Francis would add a lot to Noah‘s popularity among what may be its core audience. The pontiff has yet to respond to Crowe’s tweets.

Hey, no one ever said Crowe doesn’t do everything he can to promote his films. Noah opens in theaters March 28.