Want more of Bates Motel? On March 3, A&E will serve up just that in the form of the TV special, Bates Motel: After Hours. 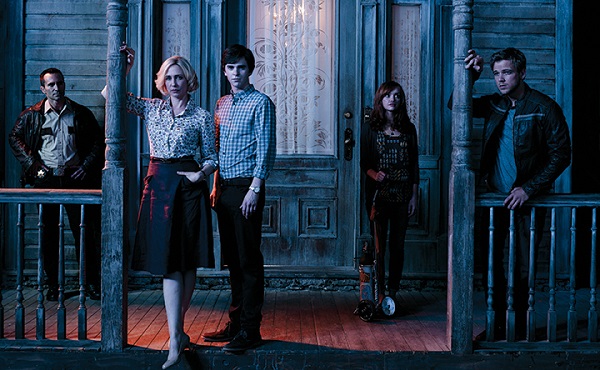 It’s happening again. After seeing success with such after shows as Talking Dead (for The Walking Dead) and Talking Bad, A&E is ready to try out the format as well. After Bates Motel did so surprisingly well for the network, they’ll try to amp up the fandom and the network’s viewership with an after show, Bates Motel: After Hours.

They won’t air After Hours directly proceeding Bates Motel, however. Instead, the talk show will air at 11/10c. Sandwiched between Bates Motel and After Hours is the new thriller from Chloë Sevigny, Those Who Kill. The night’s lineup makes After Hours seem more like a ploy to get viewers to stick around for Sevigny’s program than to actually work on developing and nourishing an obsessive fan base, as was the case for the Talking shows. Furthermore, the show is being treated as a one-off “special event” with seemingly no staying power.

Still, After Hours could prove to be quite the bonus hit for A&E. The show will be filmed in front of a live audience and feature Bates Motel‘s stars, Vera Farmiga, Freddie Highmore and more dissecting the inner-workings of Norma and Norman’s psychology. How could that not be a huge draw for fans?

It’s been a while! Do you remember last season’s finale? >>

The lapse of time between the two shows could prove to be an obstacle, though. Plus, we’ve seen no announcement of who will take on hosting duties. While the success of Talking Dead and Talking Bad may not fall squarely on the shoulders of their host, Chris Hardwick. he is certainly a big draw. The comedian and host of two shows, Nerdist and @Midnight, is as big a fan as it come and it’s that excitement for the series and his humor that help make the shows about shows so interesting and appealing. Who A&E casts as host could make a difference, especially if they have any plans to turn the “special” into a regular program, which they would be wise to consider.