John and Kathryn grow farther apart despite their kids’ efforts; Daphne tries to help Sharee and ends up saving another life; Regina learns what kind of man Wes really is; and Bay’s hand injury worsens in “Memory Is Your Image of Perfection.” 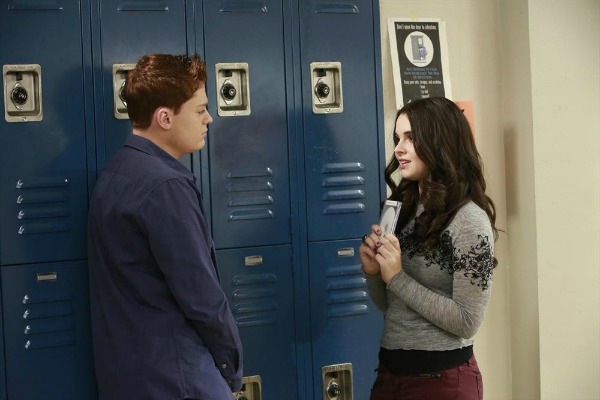 Oh Switched at Birth, how can you hurt my heart so? In my review of the last episode, I couldn’t really blame Kathryn for kicking John out after finding out about the kiss. But, like Toby and Bay, I innocently thought that surely this whole thing would blow over quickly and they would get back together. I was also like John in a way, thinking that Kathryn needed to come to her senses and realize that — while she had every reason to be angry — his one indiscretion should not end their entire marriage. It wasn’t until they had their long talk that I finally got where she was coming from. She’s basically in a different place than when they started their marriage and that life no longer fits who she is. It’s sad, but it’s certainly no one’s fault. Do I still hope that they will get back together? Of course, but I’m not as sure as I used to be that it will definitely happen.

Daphne was the hero in more ways than one in this episode and I admired the way she swallowed her fear and put that needle in Dr. Jackson’s chest. Nothing she had to deal with in this episode was easy and I think that, sadly, Sharee may continue to hate her for taking her mom away. Though I don’t see how Daphne had any other choice.

With everything else that happened, it was almost like Bay’s hand injury was the least of everyone else’s worries, but I know how big of a deal it will be for her. Not being able to do one’s chosen art can’t be fun, especially when you’re not entirely positive that you’re going to get that ability back. Considering how awful things are going for everyone right now, I’m kind of hoping that Bay is the one that can dodge the bullet and get her hand back.

Travis enchants me pretty much every time he’s on the show and this episode was no different. As things went along, I had a few theories as to why he skipped that college interview. I loved that it was Mary Beth who figured out that he didn’t want to leave his new home. I was also happy to see Melody finally take Gabe up on his offer of a date. Regina and Wes’ story I found kind of frustrating, probably because I could see the issue of the new development from both sides. I’ve lived in some downright scary neighborhoods in my time and it seemed like, as much as the people in those places wanted the improvements, they also feared what those improvements would do. Wes isn’t exactly a nice guy, though, so I’m starting to not trust him. So much for my theory that he and Regina might end up getting romantically involved.

Toby pointing out that John’s future grandkids’ birthday parties were going to be very awkward.

“Why do you want to go to Gallaudet?”
“Because all the girls are good with their hands.” — Emmett, you naughty boy.

Cracking up at Gabe saying he was going for a Don Johnson Miami Vice look and wondering how many viewers had no idea who he was talking about.

Toby and Bay talking about everything they would miss if their parents split up.

Mary Beth trying to figure out what Melody was serving for dinner.

“You got everything? Or do you need help carrying in your soapbox?”

Toby and Bay playing Parent Trap to get their parents together.

Toby and Bay’s idea backfiring when their parents ended up doing more fighting than reminiscing.

Literally screaming “Do it!” at my TV when Daphne was hesitating with that needle.

What did you think of this episode of Switched at Birth? Do you think Daphne did the right thing?