The world’s most amazing bromantic couple has done it again. Only one question remains: When’s No. 6, boys? 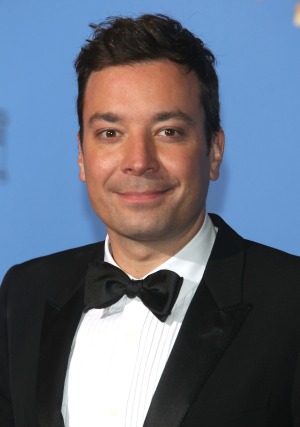 Jimmy Fallon ended his first week as host of The Tonight Show with a massive bang, as he and Justin Timberlake took to the stage and belted out a high-energy performance of “The History of Rap Part 5” on Friday night.

It’s been almost four years since Fallon and Timberlake debuted “The History of Rap” on Fallon’s talk show in which the two rap, sing, beatbox and rump-shake their way through the world’s catchiest and most recognizable rap songs ever written. Even though Fallon claimed before “The History of Rap Part 2” that they would never be able to recreate the magic of Part 1, the two are still going strong and it certainly doesn’t seem that the dynamic duo are going to be running out of material anytime soon!

Watch “The History of Rap Part 5”

www.youtube.com/embed/0NO0rArJRR4?rel=0
While just watching the two perform the five minute and fifteen second piece was enough to make most people question the amount of cardio they’ve been putting in at the gym lately, even more impressive is the fact that Timberlake was actually very ill earlier in the week. Just hours before, Timberlake was scheduled to perform at Madison Square Garden on Wednesday, the singer tweeted “Hey NY. There’s never an easy way to do this… Unfortunately I have to postpone tonight’s show due to health reasons.”

Despite whatever health issues JT may have been having, he certainly rebounded and delivered a powerhouse performance. Highlights included a moment at 2:02, when Fallon got a little too worked up (as he tends to do) and Timberlake pulled back on the reigns a bit to get Fallon back in line. And the moves on these boys! The tandem hip swaying at 2:50 to Outkast’s “So Fresh and So Clean” is enough to drive anyone wild.