After a slew of cheating rumors and scandalous photos with other women, Robin Thicke has separated from wife Paula Patton. The pair is ending their marriage after nine years. 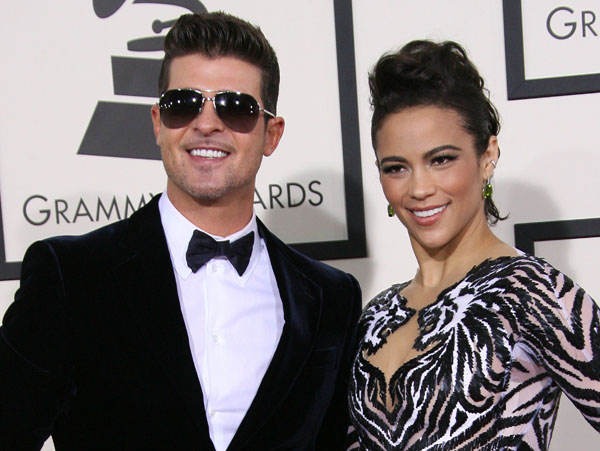 After several cheating rumors and women-grabbing scandals, Robin Thicke and Paula Patton have decided to end their relationship.

The longtime couple separated after nine years of marriage amidst several rumors that Thicke was cheating with other women. While the real reason for their split is not yet clear, the pair is making it seem as if their breakup is amicable.

“We will always love each other and be best friends, however, we have mutually decided to separate at this time,” Thicke and Patton said in a joint statement to People magazine.

In recent weeks, Thicke has come under fire for being seen getting grabby and flirtatious with other women during nights out without Patton. The first of these scandalous rumors came when the “Blurred Lines” singer was photographed with his hand up a woman’s behind at an event.

Then, the controversial singer was spotted dancing and getting cozy with a pretty woman at a club after one of his performances in Paris.

Thicke often gushed about his marriage to Patton, divulging such information as how well she treated him in the bedroom, among other TMI comments. Patton also repeatedly defended her husband from media criticism over his questionable song lyrics and most recently over his raunchy performance with Miley Cyrus at the MTV Video Music Awards.

Robin Thicke learned all he knows about women from his dad >>

Before the news of his separation from Patton was made public, Thicke canceled his concert in Orlando, Florida, citing voice problems. Sometime later, however he was seen at Disney World with his and Patton’s 2-year-old son, Julian.

Now that the news of his split has been made public, the reason for the concert cancellations may be more apparent. The superstar has canceled his Atlanta show as well.