The 2013 novel Cuckoo’s Calling introduced author Robert Galbraith. Only 1,000 people bought it, not knowing Galbraith was a pseudonym for Rowling. 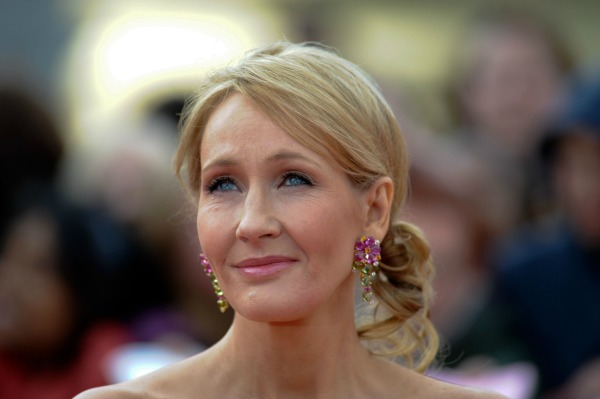 Of course, then, the Sunday Times made the big reveal: Hey, everyone! J.K. is writing crime fiction! Harry Potter fans scuttled to buy the newest work from their fave literary diva. The book has now sold over 600,000 hardback copies and 1 million eBooks.

The Cuckoo’s Calling introduced injured Afghanistan vet and private detective Cormoran Strike. In book one, he is called to investigate the apparent suicide of a legendary supermodel. Of course, murder is afoot, and Strike soon finds himself surrounded and seduced by all the beautiful people.

J.K. Rowling reveals herself as author of The Cuckoo’s Calling >>

Book two, The Silkworm, comes out in June, and Cormoran is back, this time on the hunt for a disappeared novelist who writes barely veiled fiction about his friends. Book two hasn’t even been printed yet, but there are already talks about turning these mysteries into a BBC show.

Rowling has mapped out seven books in the Strike series already; sound familiar? She did the same thing for Harry Potter, and maybe seven is her lucky number. I assume that’s what she’s hoping.

The Strike books are not her first foray into fiction, post-Potter. She wrote The Casual Vacancy in 2013, and, well, no one liked it. They bought it, but they didn’t like it. So is her fake name some kind of defense mechanism that distances her from bad reviews?

I’m not trying to be difficult, especially when you consider I’m a Harry Potter nut. I have all the books, all the movies and yes, I’ve been to the theme park in Florida. I admire J.K. Rowling’s work wholeheartedly, but that doesn’t mean I understand the alias.

She admits that in 2013, the use of a pseudonym was an experiment, a way to distance herself from the media hype. She wanted to see if she could make it as an author without being “that woman who wrote Harry Potter.” Well, she didn’t. The book didn’t sell, and for a hot minute, I bet she felt like all the other unknown authors in the world. And maybe that was good for her.

But hey, J.K., you can cut it out now. We know Galbraith doesn’t exist. We admire you; we love you. Drop the façade and write about Cormoran Strike. Just don’t expect to ever leave Hogwarts.