Amanda Bynes is off the hook for her DUI arrest after copping a plea deal for lesser charges. 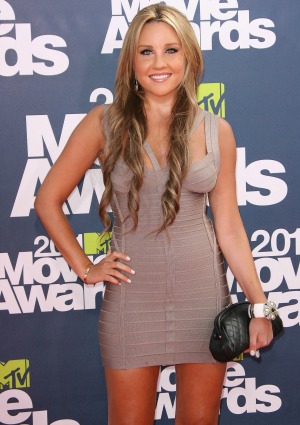 2014 is looking to be way better for Amanda Bynes than anyone would have thought at the height of her breakdown last summer. The actress just had DUI charges dropped as part of a plea deal and won’t see any jail time.

The troubled actress was arrested in April 2012 after allegedly sideswiping a police car and leaving the scene. Bynes was charged with one count of misdemeanor DUI after refusing to take either a Breathalyzer or blood test.

However, Bynes got a major break today when her lawyer Rich Hutton arranged a plea deal that will allow her to avoid the possible six-month jail term that came along with the original charges. Instead, she will plead guilty to what’s called a “wet reckless” offense — still alcohol-related but not as serious as a DUI.

Bynes will be placed on probation for three years, will have to attend a three-month alcohol education course and pay multiple fines.

Bynes spent much of the last half of 2013 in both a psych ward and a rehab facility after her alleged drug problems and mental issues left the former Nickelodeon star spiraling out of control. Since her December release she has enrolled in the Fashion Institute of Design and Merchandising, hoping for a career change.

“She’s mentioned before she’s interested in creating a clothing line,” family attorney Tamar Arminak told RadarOnline. “Despite the fact Bynes is no longer in a facility, her outpatient treatment is continuing. She’s very happy to reestablish the loving relationship with her family that she once shared.”