Khloé Kardashian teased her fans once more as she continued to hint at a relationship with The Game through another cozy photo of the couple. 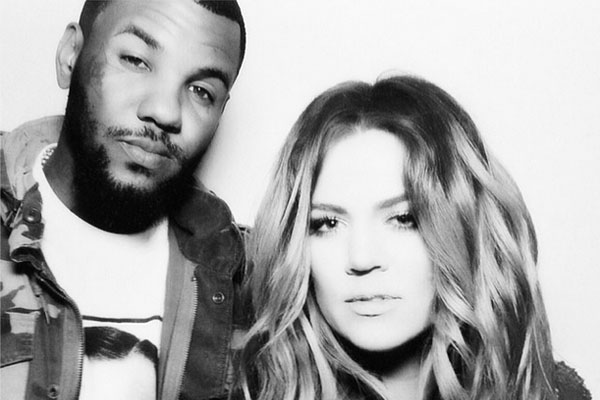 Since breaking up with Lamar Odom, Khloé Kardashian has been hanging out with their mutual friend, The Game. The reality star threw out another teasing hint with a new cozy photo of herself and The Game together.

Lamar Odom is talking about Khloé and the D-word >>

The latest evidence at the potential new romance is a cute black-and-white photo of the pair in question with the caption, “I could explain but it’s more fun this way @thedocumentary #10PlusYearsandCounting,” Kardashian wrote on Twitter.

Kardashian has said in the past that she and The Game are just good friends, but the 29-year-old is constantly seen with him in several “more-than-pals” situations. Just a few weeks ago, the duo was seen partying together at Club Tru in Los Angeles where Kardashian was grinding all over her “friend” as the two appeared to not be able to get enough of each other.

“Khloé was getting her life pure and simple,” a source told HollywoodLife. “She was having a blast, grinding all over The Game in the VIP section they were in. Khloé was by his side the entire night, with her mother and Scott [Disick]. Maybe they were welcoming him into the family?”

Back when Kardashian was still with Odom, affair rumors between her and The Game were already swirling. But The Game was quick to tell Us Weekly that he would never sleep with his friend’s wife. “Lamar is my homie and her husband. I wish people wouldn’t spread such false rumors.”

But, not long after Kardashian left Odom, she and The Game have been doing nothing short of throwing rumors to the wind about a possible romance. The two just keep igniting hints at an affair both before and after Kardashian’s split from Odom.