The new Doctor has a new (possible) friend, and his name is Danny Pink. How will they meet and why? We’re sorting through the limited deets and offering a touch of speculation. 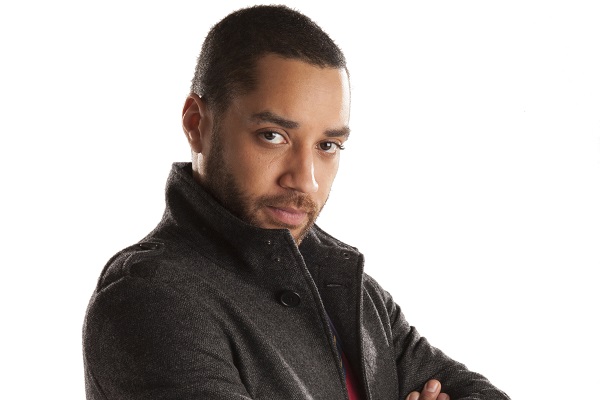 The BBC announced a new Doctor Who cast member today! History Boys and Gavin and Stacey alum Samuel Anderson is joining the cast as recurring character Danny Pink. Pink is a co-worker of Clara’s, working as a teacher at the historically Who-famous Coal Hill School. So far, those are the only hard facts we know of the new character, but there are a few more details worth considering.

Whovians: Have you seen the Doctor’s new digs? >>

In the BBC’s press release, Anderson seemed incredibly excited to climb into the world of Doctor Who.

“I was so excited to join Doctor Who I wanted to jump and click my heels, but I was scared I might not come down before filming started!” Anderson said. “It’s a quintessential part of British culture and I can’t believe I’m part of it. It’s an honor to be able to work alongside Peter Capaldi and Jenna Coleman and I can’t wait to show people how my character becomes involved with such a fantastic duo!”

Has the Doctor seen the error of his ways when it comes to traveling alone with the ladies? Probably not entirely. However, as we saw with Amy and Rory, he is making more of a concerted effort to keep those human girls from falling in love with him. Danny’s arrival could serve as some sort of buffer and he could end up as Clara’s new boyfriend.

Do you miss Matt Smith? See how well you remember his time as Doctor >>

Or will he play a role similar to that of Rose’s Mickey? The Doctor found Mickey annoying at first, but ultimately, he proved to be rather useful. During his statement to the BBC, the show’s lead writer and executive producer Steven Moffat hinted at Danny playing a rather helpful role.

“For the fourth time in Doctor Who history, Coal Hill School is coming to the aid of the TARDIS,” Moffat explained. “In 1963 teachers Ian Chesterton and Barbara Wright accompanied the first Doctor. These days it’s the turn of Jenna Coleman as Clara Oswald. And very soon now, Sam Anderson as Danny Pink will be entering the world of the Doctor. But how and why? Answers are coming later this year in Peter Capaldi’s first season of Doctor Who!”

Whovians might also be excited to know that Capaldi, Coleman and crew recently began filming the fourth episode of the new season with Capaldi at the TARDIS’ helm. The BBC also said to be on the lookout for guest appearances from Robert Goodman (Game of Thrones), Pippa Bennett-Warner (The Smoke) and Jonathan Bailey (Broadchurch). So, how much longer until Doctor Who returns? Still no word on the series’ official return date.