Has Kendall Jenner had enough of being around her family? It appears the model can’t wait to leave the house, and this has caused a stir between her parents Kris and Bruce Jenner. 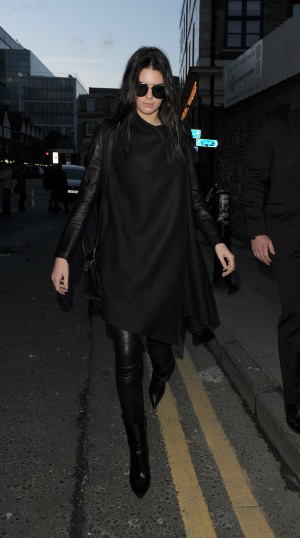 There is no denying Kendall Jenner has adopted a much more adult image since turning age 18, and it seems that it’s not just her image that is more adult these days but also her mind-set.

The brunette beauty has been making waves in the fashion world lately, and it appears she wants to get some distance between herself and momager Kris Jenner.

In the most recent episode of Keeping Up With the Kardashians, which aired on Sunday night but was filmed in November 2013, Kendall confessed that she had serious plans to move out of the house.

According to Us Weekly, Jenner said, “I am excited to be turning 18. It’s one of my first steps in becoming an independent woman. And one of the first things I want to do is get a place of my own. I’m excited to see what’s out there.”

Although, her sister Kim Kardashian appeared to think that her model sibling should live at home for as long as possible. She said, “If I were to give you advice now, it’s live here as long as you possibly can.”

Kendall’s plans to leave home happened to cause a bit of a stir between her separated parents Kris and Bruce Jenner as the two appear to have opposing views on whether their daughter should move out of the house or not.

The Kardashian matriarch argued with Bruce saying, “I’m upset because you keep taking Kendall’s side and allowing her to, like, move out. And she’s 18 years old.”

However, the former Olympic athlete disagreed with what Kris was saying and replied, “Yeah, well, she’s a very mature girl.”

Bruce went on to reveal his feelings about his eldest daughter leaving home. He said, “You know, kids do this.”

“She’s a lot more mature than Kim was when she moved out at 18, and you didn’t have problems with [Kim moving out]. And honestly, I think it would be good for her to move out. I mean, look what’s going on at our house, with Kanye [West] there and all these people. It would be perfect for her to have her own place, get her out on her own, and get the responsibility that goes along with it.”

Although, the 58-year-old matriarch confessed, “I’m never going to be ready to let Kendall go.” Does she really have a choice now that Kendall is of legal age to leave home?

Tell us: Would Kendall Jenner benefit from leaving home so soon?