The 2014 Sochi Winter Olympic Games have come to an end, but Russian officials ensured that the closing ceremony was one to remember. They also made sure to have the last laugh! 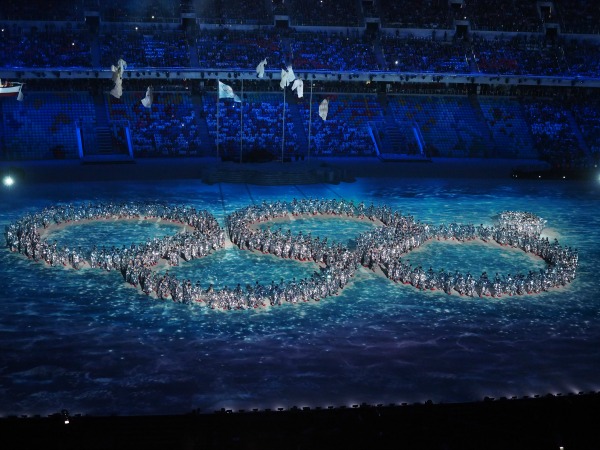 The 2014 Sochi Winter Olympic Games have been controversial from the start. First, there was an outcry and a call to move the destination for the prestigious games because of Russia’s controversial anti-gay laws and the human rights issues facing LGBT athletes and journalists in the country.

When the Winter Olympics destination was not moved, it was then that the city’s facilities and infrastructure came under fire, producing an even bigger headache for Russian officials. However, the event is over now, and the officials have had the last laugh!

Not even the opening ceremony of the Winter Games went off without a hitch. The Olympic ring malfunction — when one of the five hydraulic snowflakes failed to open and interlock with the other four rings — became a source of international ridicule and embarrassment for the Russian officials.

Twitter account pages such as #sochiproblems sprang up and focused only on the negatives surrounding the events. However, the closing ceremony at Fisht Olympic Stadium proved to the Western world that Russian officials are capable of pulling off a good show and that they are not afraid to laugh at themselves.

The Russians celebrated the 2014 Winter Olympics closing ceremony on Sunday night with a spectacular performance that displayed Russia’s cultural history with a series of dances, vibrant colors and classical music. The organizers even introduced humor into the ceremony when the giant Sochi bear mascot extinguished the Olympic flame and appeared to cry when the flame had gone out.

Yet, the performance that stole the show was when hundreds of performers in mirrored costumes were choreographed to form the Olympic rings. The dancers purposefully made sure the fifth ring in their performance was significantly smaller, mimicking the opening ceremony from two weeks before, when the fifth and final ring failed to open. Only after a considerable pause did the performers spread out to complete the Olympics’ symbol. The result was mass applause and cheering from the crowd, and in a visually stunning performance, Sochi declared the 17-day Winter Games closed.

Apart from having the last laugh at the closing ceremony, Russian athletes also did exceptionally well during the Winter Games. According to the Washington Post, they took home 29 medals, including 11 gold ones.