S is for sex, J is for journey and Q is for quitting in Madhulika Sikka’s new book about her experience with breast cancer. 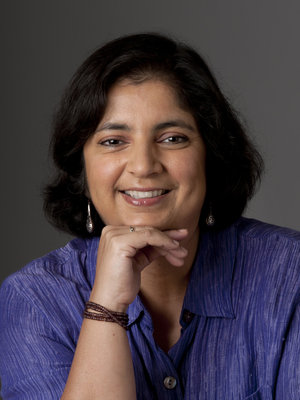 When Madhulika Sikka found out she had breast cancer, she decided to deal with it as any journalist would — by jotting down some thoughts about her experience.

“I have a good friend who encouraged me and thought that what I was going through was actually very common and that other people might benefit from hearing these challenges articulated,” Sikka told SheKnows during our interview.

The result was her new book A Breast Cancer Alphabet.

“It’s a serious topic, but I have tried to provide some humor and some attitude, too!” Sikka said.

She does this by organizing the book so that each letter of the alphabet has a word associated with it that Sikka relates to her experience with cancer. For example, S is for sex — no, really. J is for journey but not because Sikka relates her experience in that way. In fact, she spurns the idea of a journey, calling it cliché.

“I dislike the metaphor because something mystical always seems to be attached to it and really it’s a disease, just like so many others. It also implies a beginning, middle and end, and that doesn’t work for me,” Sikka explained. “The implication is that at the end you have discovered some greater truth, some epiphany (which I also discovered wasn’t necessarily the case).”

Sikka doesn’t want to replace the metaphor of the journey — simply get rid of it all together.

Defending the “I wish I had breast cancer” campaign >> 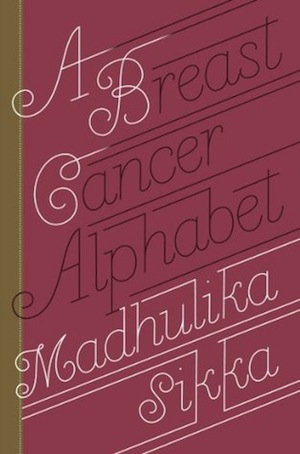 Other letters include Q for quitting because some days you’ll want to. And H is for hair, which Sikka is all for making a federal case out of.

Because Sikka comes from broadcast journalism (she is an executive editor at NPR), her discussions in the book are often frank and necessary, not “pink washed” with pretty words though she is a fantastic writer.

Breast cancer is far from something that people don’t know about or discuss, and Sikka admits this. Her book doesn’t aim to enlighten but rather provide a base for women to turn to as they struggle with common challenges that come with the disease.

Thanks to the Pink Ribbon campaign, breast cancer awareness has been beneficially raised during these past few years, but Sikka is hesitant to call the movement a success because of its commercialized nature.

“My chief complaint is that now it has become such a vast, crass, commercialized enterprise that seems so distant from the disease itself.” Sikka told us, “It is really difficult to find a straight line from the NFL clad in pink or various retail brands that have slapped pink ribbons on their products to experiencing the disease itself. I would be so bold as to suggest that as far as awareness goes, mission accomplished.”

Despite her struggles with cancer, Sikka counts herself as fortunate though she says she still has her own set of struggles.

“I am on a daily dose of Tamoxifen that hopefully will reduce the odds of recurrence of my breast cancer. It has its own side effects, but you learn to cope with them… There is always anxiety. The onset of middle age leads to a lot of aches and pains and changes in your body, but in the back of your mind you think it might be something more serious.”

Sikka doesn’t have any regrets about the alphabet she has created though she explained that it will be different for everyone. She encourages people to add to the conversation on A Breast Cancer Alphabet‘s Tumblr.

“There’s a chance that we might come up with a whole dictionary that will benefit not only the people going through this wretched disease but their families and for medical professionals, too.”

What letters would you add to Madhulika Sikka’s alphabet?