Piers Morgan Live is heading to cancellation bay. After a brief but tumultuous run, the news program is coming to an end. 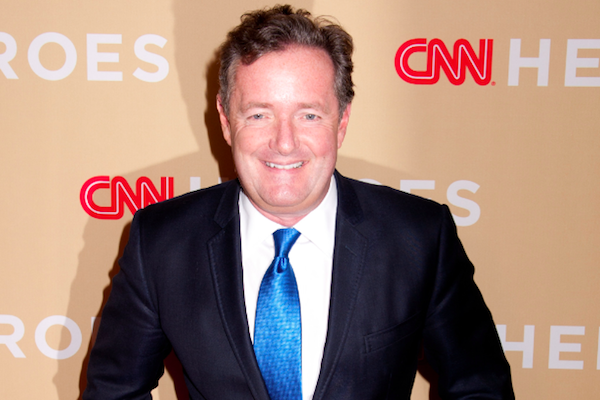 After only a few short years, Piers Morgan is ending his run at CNN. After months of rumors, the network finally confirmed that they’re canceling Piers Morgan Live. The British journalist joined CNN in 2011 and served as a replacement for the veteran Larry King. Unfortunately, Morgan didn’t have the staying power of his predecessor.

In an interview with the New York Times, Morgan acknowledged that his show wasn’t perfect. “It’s been a painful period, and lately we have taken a bath in the ratings,” he explained. The host also felt like he wasn’t being true to his journalistic style. That lack of sincerity could have been another factor in the show’s demise.

“I think I can credibly do news and the ratings reflect that, but it is not really the show that I set out to do,” Morgan admitted. “I’d like to do work — interviews with big celebrities and powerful people — that is better suited to what I do well and fit with what Jeff is trying to do with the network.”

We’re not surprised by Morgan’s interest in celebrities. Prior to joining CNN, he worked for several of the UK’s biggest tabloids (The Sun, News of the World and the Daily Mirror). The cancellation of Piers Morgan Live came from network head Jeff Zucker, who plans on working with Morgan in another capacity.

“Look, I am a British guy debating American cultural issues, including guns, which has been very polarizing, and there is no doubt that there are many in the audience who are tired of me banging on about it,” Morgan said. “That’s run its course, and Jeff and I have been talking for some time about different ways of using me.”

According to The Wrap, the final episode of Piers Morgan Live airs sometime in March.