Dancing with the Stars wasted no time hiring a new co-host. After giving Brooke Burke-Charvet the boot, they’ve already found her replacement. 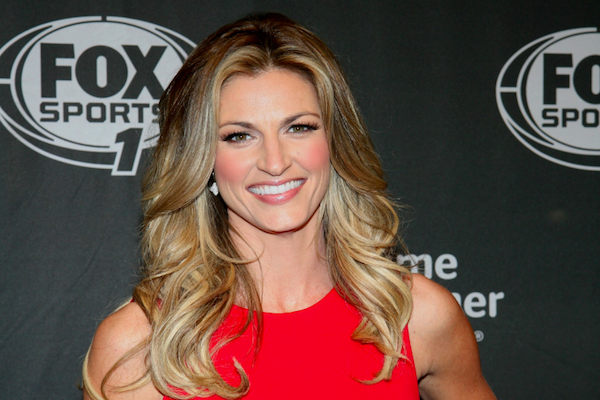 ABC’s Dancing with the Stars continues to throw viewers for a loop. First, they fired Harold Wheeler and his 28-member band. Then they cut co-host Brooke Burke-Charvet from their roster. The long-running reality competition has its eye on a new leading lady.

According to People, Fox Sports reporter Erin Andrews will serve as Tom Bergeron’s new co-host. Like Burke-Charvet, Andrews also appeared as a contestant on the show. She was a part of the 10th season, partnering with professional Maksim Chmerkovskiy. Andrews will return alongside Bergeron for the upcoming 18th season.

Erin Andrews has a sleazy encounter with rapper 50 Cent >>

Burke-Charvet herself was a replacement for previous DWTS co-host, Samantha Harris. When news broke of Burke-Charvet’s departure, she released a statement saying, “I have enjoyed seven seasons co-hosting DWTS but understand the need for change, considering the position of the show at this juncture.”

“I’ve always been one to embrace change and [I’m] looking forward to pursuing opportunities I previously wasn’t able to entertain because of contractual obligations to the show. I’ve seen my fair share of shocking eliminations in the ballroom, but this one takes the cake.”

We’re excited to see what the future has in store for both Burke-Charvet and Andrews. It sounds like the former’s had to sacrifice several opportunities for her DWTS gig. Now that she’s a free agent, who knows where she’ll pop up? And Andrews is no stranger to live television or competition, so she should fit right in.