50 Cent is out on his own. After spending years at Interscope Records, the award-winning rapper has jumped ship. 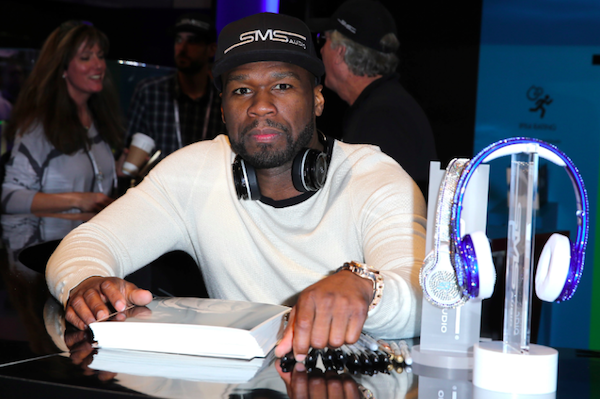 Last week, Curtis “50 Cent” Jackson made headlines with his latest business venture. The rapper, actor and entrepreneur has left his record label after 10-plus years. Jackson’s partnership with Shady/Aftermath/Interscope Records, which was backed by mentors Eminem and Dr. Dre, is no more. After distributing several hit albums including his debut Get Rich or Die Tryin‘, why leave?

In an interview with Forbes, Jackson revealed the reasoning behind his decision.”It’s freedom to invest in your own ideas,” he said. “If ever I had a horse that I was betting on at the track, I’d like to be the horse. Let it be me, goddammit, because I’m going to run as hard as I can.”

Jackson is moving on to the independent imprint Caroline/Capitol/UMG, which is surprising, considering he still owes Interscope another album. But instead of forking over a fee to get out of his contract, he avoided the red tape all together.

“I’m a special case and situation,” he revealed. “It’s also because of the leverage of having the strong relationships with Eminem and Dr. Dre. They don’t want me to be uncomfortable. They value our friendship to the point that they would never want [to jeopardize] it over that little bit of money.”

Jackson’s new deal will allow him to have much more control over his music. He can not only dictate the content but also his videos and scheduling. That sounds like a win-win scenario to us.