There are more big changes for ABC’s Dancing With the Stars this season. The network let go of longtime host Brooke Burke-Charvet. 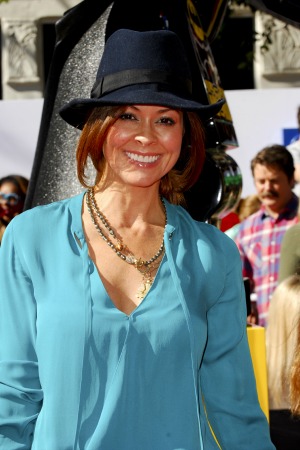 Fans began buzzing on Twitter on Friday that Brooke Burke-Charvet had been fired from ABC’s Dancing With the Stars. That rumor turned out to be true after RumorFix posted an article and then the TV personality confirmed the news with a public statement.

The reality competition show, which launches its 18th season on March 17, has undergone a series of changes in the last year. The results show on Tuesdays was eliminated for Season 17, and the network recently let go Harold Wheeler and his orchestra in favor of a smaller electronic band. While the show still remains a Top 10 hit, ABC is clearly tightening its belt when it comes to the budget.

The news for the 42-year-old host came with less than a month until the debut of the spring season. It was obviously a shock to the mom of four, who has worked for the show since 2010 after winning Season 7 as a contestant with pro Derek Hough.

In a statement to E! News, she said, “I have enjoyed seven seasons co-hosting DWTS but understand the need for change considering the position of the show at this juncture. I’ve always been one to embrace change and looking forward to pursuing opportunities I previously wasn’t able to entertain because of contractual obligations to the show. I’ve seen my fair share of shocking eliminations in the ballroom, but this one takes the cake.”

According to the entertainment channel’s sources, Burke-Charvet had no clue she was being axed from the show when producers called her on Friday afternoon. However, many loyal viewers were not surprised by the elimination. Once the format had been changed for the fall season and the dancers’ waiting area was moved to the dance floor, there became very little for the host to do. Most of the heavy lifting was done by Emmy Award-winning host Tom Bergeron.

Burke-Charvet also tweeted out the news to her followers.

It looks like the most shocking elimination happened off of the dance floor for DWTS.