Lena Dunham is disappointed in Jezebel. The actress takes the website to task after they published unretouched photos from her Vogue shoot. 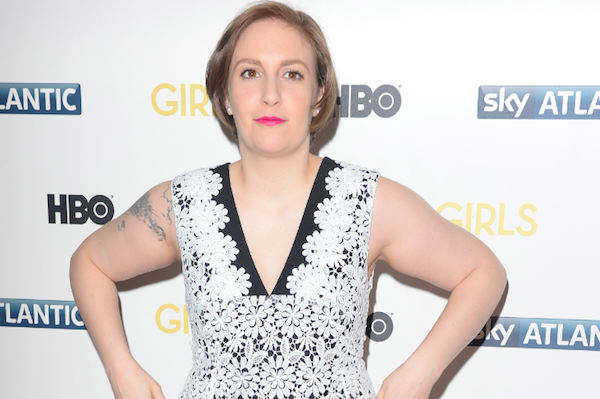 Last month, Lena Dunham covered the February issue of Vogue magazine. For most entertainers, that’s considered an honor and a career milestone. Unfortunately, Dunham wasn’t able to enjoy it because of an online controversy. The feminist website Jezebel offered $10,000 to anyone who could get them the unretouched photos of Dunham.

Lena Dunham’s Vogue cover: Was the photo editing that bad? >>

Initially, Dunham responded with vague Twitter updates, but she recently elaborated on the issue during an interview with Grantland’s Bill Simmons (via The Hollywood Reporter). Dunham refers to the article as “messed up,” especially considering the site’s girl-power views. She says it’s supposed to be “a place where feminists can go to support one another, which we need in this modern world of slut-shaming.”

Lena Dunham gets revenge on Howard Stern for calling her fat >>

“I think Jezebel can be really smart and funny. I think it’s just, like, once you’ve been attacked in that way, it’s hard to enjoy. It’s hard to enjoy once you feel like they’ve made such a kind of monumental error in their approach to feminism,” Dunham continues. “For me it was just sort of — I can’t be half-in. It felt gross.”

Lena Dunham reveals the cover of her book on Instagram >>

Shortly after posting the offer, Jezebel received the unedited photos and examined each one from top to bottom. The site claimed its reasoning was to shine a light on Vogue’s over-the-top airbrushing. Once the raw images were published, however, many people noted there wasn’t that much of a difference. Dunham describes the retouching as “minimal.” Because of that, it made Jezebel’s argument seem moot.

“Instead of going, like, ‘Hey, we kind of f***ed up. These images are not that retouched. Lena, enjoy the Vogue spread that you’ve been excited about since you were 8 years old,'” Dunham explains, “they were like, ‘She’s not retouched, but she could’ve been.’ It was this weird, almost, like, political maneuvering that I had trouble respecting.”

There you have it. Dunham isn’t necessarily angry, but she’s very disappointed.