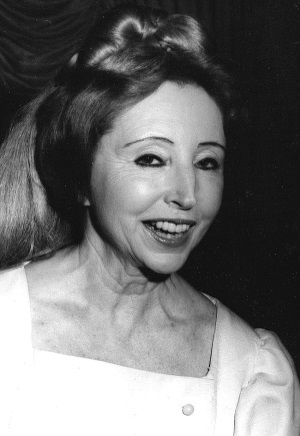 Nin is best known for her diaries, scrupulously kept from 1931 through 1974. Her diaries were published in several volumes, which together fill over 40,000 pages. For a woman writing in her time, she was groundbreaking. She openly discussed sex, marriage and feminism. Her writings are controversial even today; imagine the row they caused in the mid-1900s.

Nin herself was a highly sexual creature. She was a dancer and model, praised for her beauty. Although she married at 20, she had a string of lovers, which included famous author Henry Miller and his wife June.

Her erotica started as a joke. In 1940, her boyfriend at the time, Miller, was asked to write erotica for a private collector at a dollar a page. Henry and Anais both put pen to paper. Although the collector enjoyed her work, he told her he wanted less poetry, more mechanics, to which she replied, “We hate you. Sex loses all its power and magic when it becomes explicit, mechanical, overdone.”

If nothing else, Nin’s erotica is poetic. Her stories are sexy, definitely, but there’s an air of melancholy to seductive tales like “Mathilde” and “Elena.” This isn’t gratuitous humping, and she’s not explicit or vulgar. She’s into the details, but, thank goodness, we’re not dealing with throbbing members or heaving breasts. (Nin may be the mother of erotica, but she’s not the mother of cliché.)

An excerpt from “Mathilde:”

“They shared Mathilde among them. The opium made them more voluptuous than sensual. They could spend hours caressing her legs. One of them would take one of her breasts, another would sink his kisses into the soft flesh of her neck, pressing her with the lips only, because the opium heightened every sensation. A kiss could send shivers throughout her body.”

Her two erotica collections, Delta of Venus and Little Birds, weren’t published until the 1970s, after her death. Even Nin claimed the stories therein were caricatures of real life, but I think she knew all caricatures are somewhat true. Her stories feel true; they feel intelligent. Although her gritty tales do set the heart a-thumping, Nin fondles the reader’s mind, as well.