Many House of Cards fans spent the weekend watching the entire new season. But for those who didn’t, did Kate Mara just give away too much? Warning: spoiler alert ahead. 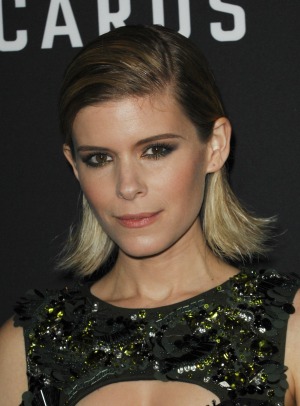 Netflix‘s series experiment started with shows like House of Cards and Orange is the New Black, but they have yet to master the art of the spoiler.

Up all night: TV shows you’ll watch from beginning to end >>

The online streaming company released Season 2 of House of Cards on Friday, Feb. 14, leaving many fans on a show-watching binge all weekend long. They must have assumed that meant most the fans already knew what happened, but they were wrong. Five days after releasing the new season, House of Cards actress Kate Mara went on The Late Show with David Letterman to talk about the new season — but she may have gone too far on how much she revealed.

Mara plays reporter Zoe Barnes on the show, and was part of a huge twist when Frank Underwood (Kevin Spacey) pushes her in front of a Metro train. Mara revealed the info to David Letterman, causing her fans to call spoiler.

“I never know whether I’m supposed to say things or not say things,” Letterman said (via The Washington Post), chiding her to reveal the info. “So if you have something you want to say, you say it.”

“All I can say is I’m so happy to be alive and sitting here right now,” Mara replied. “I’m glad I took a car and not the subway to your show.”

“I mean, people who watched the first episode know,” Mara said. “But there’s a lot of slowpokes out there.”

PHOTOS: Here’s what’s in store for House of Cards Season 2 >>

Mara wasn’t too upset by dying on the show, though, because she knew all along. She talked with MTV about the scene, and being killed off from House of Cards so soon.

“I knew before I even read for the role,” Mara explained. “[David] Fincher said to me, ‘The great news is that I really would like you to play her. The bad news is you’re only going to last until Episode 1 in Season 2.'”

You can see Mara next in Transcendence with Johnny Depp and in The Fantastic Four.

Do you think Netflix gave people enough time to catch up, or was it a major spoiler?