Michonne and Rick make a big decision, and at least one new player will be introduced. We’ve got a sneak-peek preview video plus photos from the Sunday, Feb. 23 episode of The Walking Dead, “Claimed.”

In the last episode of The Walking Dead, “Inmates,” the plights of some of the other prison survivors were revealed. Daryl and Beth had survived, but Daryl appeared to have given up hope and it was Beth who was demanding they move on. Tyreese was on the road with baby Judith (yay!), as well Lizzie and Mika, and was soon joined by Carol. Since Tyreese had no idea that Carol killed his girlfriend and Rick sent her away, he was just happy to have her help. Glenn woke up surrounded by walkers in the prison and donned his riot gear to get away, taking Tara with him. Sasha, Bob and Maggie were on the road and Maggie refused to go forward without trying to find Glenn.

A lot happened in the episode, but nothing more was revealed about Rick, Carl and Michonne. Luckily, they are back in the upcoming episode “Claimed,” airing on Sunday, Feb. 23.

In the sneak-peek preview video from the latest episode, Rick and Michonne are having a little chat. Michonne asks Rick if the house they are staying in has become their new home or if they are going to be moving on soon. Understandably, Rick wants to stick around for at least a little while longer. Considering the poor guy still looks like death warmed over and was basically in a coma the day before, it’s not surprising he might want to cool his heels for a little bit before hitting the road again.

A Glenn and Daryl romance? Secrets from The Walking Dead >>

Michonne understands where he’s coming from and puts up no fight, offering to go hunting for more supplies with Carl. Not only that, but she tells the former leader that he needs to rest and basically orders him to stand down. Could she be starting to care for him a little bit, as we suggested last week?

A few photos from the episode reveal that Carl is still looking as tough as ever. Is he happier now that Michonne has joined him and his father? 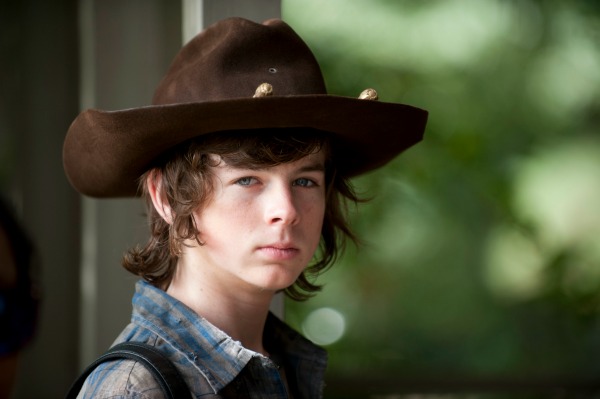 Michonne looks like she might not be as OK with staying still as she let Rick believe. Or could it be that something else has happened to make her look worried (something other than the always-present zombie apocalypse, that is)? 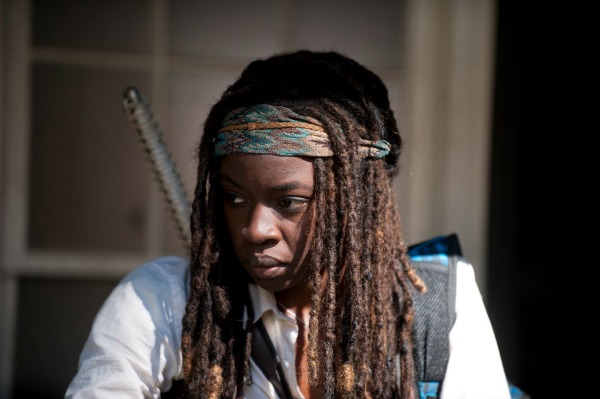 Another photo shows Dr. Eugene Porter, who will apparently be a part of the group that found Glenn and Tara on the side of the road. Only time will tell if they are good people to be trusted or scary people like the Governor.

5 Things to do when The Walking Dead is on hiatus >> 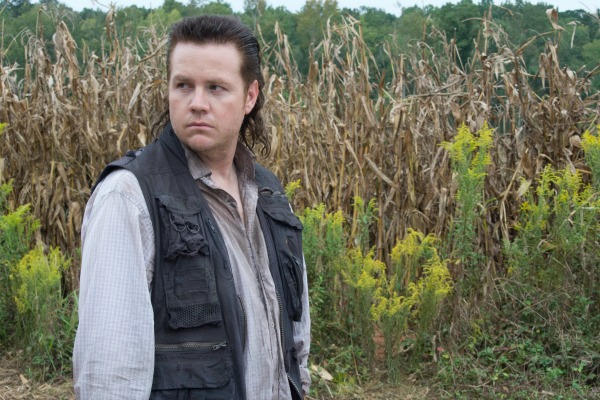