You hear that? It’s the sound of a million guys’ dreams being shattered. Over the past 24 hours, the internet has been bursting at the seams with the news that Emma Stone has become the latest victim of technology-gone-wrong. But a confidant is claiming that Stone is just a victim of mistaken identity. 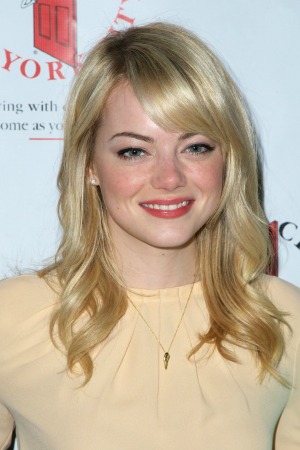 A nude selfie of Superbad and Gangster Squad starlet Emma Stone has gone viral, and it’s safe to say there have not been many complaints.

While there has not been any official statement from Stone herself regarding the photo, today a source claiming to be a friend of the star is spinning a different tale and told TMZ that the nude selfie is not her.

While the female in the picture does strongly resemble Stone, the cell phone is covering enough of the woman’s face to raise some question of the person’s actual identity. And no one else has stepped forward to claim the photo yet.

If the photo is indeed Stone, she joins a legacy of other hot celebs who have been overexposed. Scarlett Johansson, Mila Kunis and Jessica Alba have all found themselves amid similar scandals. And then there are the über-private photos of Vanessa Hudgens that are forever burned into our minds after she was hacked and the photos were leaked when the actress was just 18.

Drake and other celeb shirtless selfies shared this week

While Stone’s team has managed to keep her clothed in all of her roles and appearances, this is not the star’s first dalliance with scandal. In November 2012, there was a sex tape rumor (although said tape never surfaced). The tape was allegedly recorded before 2006 and pre-Superbad when Stone was still a minor. In March 2013 Emma was accused of writing a cryptic tweet concerning the love lives of Andrew Garfield and Shailene Woodley. Stone later told Ryan Seacrest that she never tweets and that her Twitter account had been hacked.

Stone is the perfect combination of brains and beauty, which makes it seem like she would be too smart to let something like a private sext slip.