Christina Aguilera announced some very big news only a few days ago, and it looks like she has some more news to share — a brand new baby! 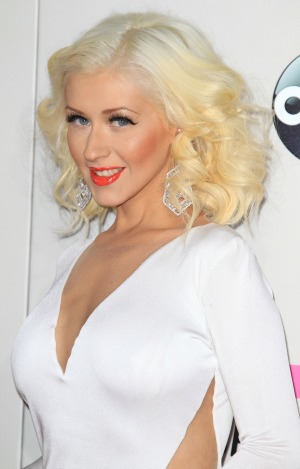 It is a baby boom in Hollywood! Just days after announcing her engagement to boyfriend Matt Rutler, Christina Aguilera is pregnant again!

We GIFed sexy video moves, and the result is hilarious >>

Aguilera and Rutler have been dating for nearly three years, and People confirmed the news with the couple.

“They’re very much in love and are really excited to take this next step!” a friend told the magazine.

Aguilera gave birth to her first child, Max, six years ago. He is the son of her first husband Jordan Bratman, whom she was married to from 2005 to 2010. The singer met Rutler the same year.

Aguilera has been busy with The Voice, but will be taking Season 6 off, again being replaced by Shakira. She also took Season 4 off to spend more time with her family.

Aguilera and Rutler met in 2010 on the set of Aguilera’s film Burlesque. According to ABC News, he works in the biz as a production assistant. Besides Burlesque, he has also worked on films like The Proposal, The Social Network and Grown Ups. The couple was engaged on the beach, and Aguilera announced the news on Valentine’s Day via Twitter.

“We had a really strong friendship on the movie. He’s the kind of person you could spend hours on the phone talking to and all of a sudden it’s daylight,” she told MTV in 2010. “There’s a love there, yes. I’m having fun, I’m dating and it’s something I haven’t had in a really long time.”

The Voice: Where have we seen Gaga’s dance moves before? >>

Rutler is dedicated to his mom, and reportedly took her to visit his girlfriend on the set of The Voice back in 2012. With a wedding and baby in 2014, it’s looking to be a very busy year for the couple!