There won’t be a single guest going home hungry! Find out what the stars are eating and drinking after the Oscars this year. 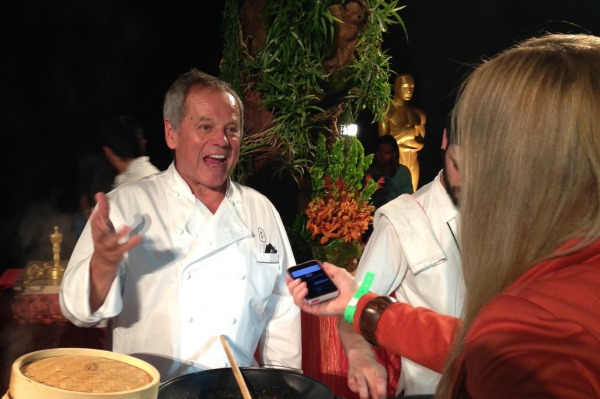 There’s nothing better than being a nominee or presenter at the Oscars, not only do you get a ticket to the show, you also get invited to the most exclusive after-party of the year. The Governors Ball is held immediately following the show in the ballroom next to the Dolby Theatre. SheKnows was able to get an exclusive look at the food, drink and decor.

This year, the Academy chose the “transcendent wonder of nature” as their theme. The ballroom was transformed into a lush, green fairy tale with flowers and greenery from Hollywood’s favorite florist, Mark Held of Mark’s Garden.

He shared, “The Governors Ball theme envisioned this year by event producer Cheryl Cecchetto, is a departure from anything we have ever done.”

Event producer Cecchetto of Sequoia Productions elaborated on the decor. “I’m completely romanticized by this environment. I feel that the combination of the florals, the lamp posts and the cut garden are stunning… plus John Legend’s performance and Wolfgang [Puck]’s food… I think where am I? How did I get here? And isn’t that terrific? I wanted an environment that people could say ‘I’m just going to relax here.'”

Attendees certainly will relax once they get a taste of this year’s signature cocktails featuring Johnnie Walker Scotch Whiskey, Cîroc Ultra-Premium Vodka and Baileys Irish Cream Liqueur. With scrumptious concoctions like “The Glamour Shot” which mixes Baileys Vanilla Cinnamon with Goldschläger Cinnamon Schnapps in a glass rimmed with flakes of edible gold, guests are going to have to eat a lot to avoid any drunken mishaps. 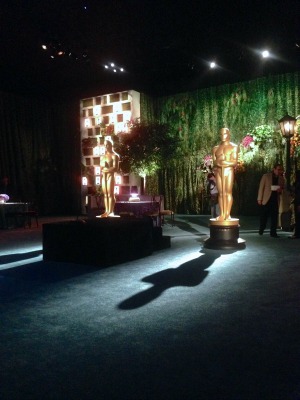 That’s where Wolfgang Puck steps in to feed the 1,500 attendees. Since he’s celebrating his 20th anniversary of creating food for the Governors Ball, the chef is highlighting some of his best plates. “We have really some of the most popular dishes over the last 20 years from our chicken pot pie to our macaroni and cheese to our potato with caviar and chinois lobster.”

While that sounds like a lot of heavy food, Puck also satisfies all of those fickle Hollywood diets. “We can accommodate everything. We have a lot of different options, so somebody who is vegan, like Ellen DeGeneres for example, she can have a full vegan menu. We are going to make 18-20,000 dishes.”

In addition to the cocktails and food, the guests will wash it all down with reserve wine from Sterling Vineyards and champagne from Champagne Thiénot while listening to the smooth songs of John Legend. It’s a night to remember for nominees as they finish up at the Governors Ball and head out into Tinsel Town’s other exclusive Oscar parties thrown by Vanity Fair and Madonna. However, the Governors Ball is the toughest ticket in town to get.

10 Fun facts about the Governors Ball: