James Franco has had his share of critics, and so he decided to defend what may be behind Shia LaBeouf’s recent controversies. 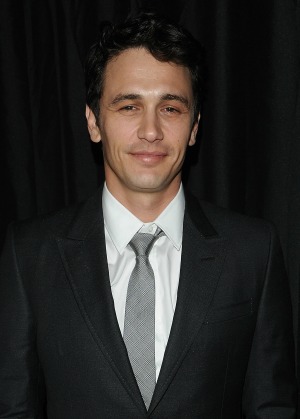 Shia LaBeouf‘s recent antics have drawn the attention of many in Hollywood, and it seems that everyone wants to offer an opinion. Although LaBeouf has had some problems before, his current situation started after releasing a film, Howard Cantour.com. After premiering it at Sundance, many soon claimed the actor had plagiarized it from a comic book author.

After that, it all went downhill. Celebs like Emile Hirsch and Bill Murray have been sharing their thoughts, both positive and negative, toward the actor.

James Franco is the latest to comment, and his opinion may be the most significant because he has had his bouts of oddities in Hollywood as well, and he said he empathizes with LaBeouf.

“Though the wisdom of some of his actions may seem questionable, as an actor and artist I’m inclined to take an empathetic view of his conduct,” Franco said in an op-ed for the New York Times. “Indeed I hope — and, yes, I know that this idea has pretentious or just plain ridiculous overtones — that his actions are intended as a piece of performance art, one in which a young man in a very public profession tries to reclaim his public persona.”

There has been speculation whether his actions are what Franco says — performance art — or if it’s a mental breakdown (and what is the line between the two).

Franco said he also understand LaBeouf’s unorthodox choices, and he is only following the trends of other actors who choose not to go along with what Hollywood wants for them, like Marlon Brando or Franco, have done.

“[A]t the same time as I was working on films that would receive Oscar nominations and other critical acclaim, my decision was in part an effort to jar expectations of what a film actor does and to undermine the tacit — or not so tacit — hierarchy of entertainment,” Franco wrote, speaking about taking a role on General Hospital in 2009.

Franco admits he is not sure what LaBeouf is thinking, but he has high hopes for the actor.

“I think Mr. LaBeouf’s project, if it is a project, is a worthy one. I just hope that he is careful not to use up all the good will he has gained as an actor in order to show us that he is an artist.”