Amy Adams has starred with Philip Seymour Hoffman numerous times, and is obviously grief-stricken over his death. She opened up to James Lipton about the loss. 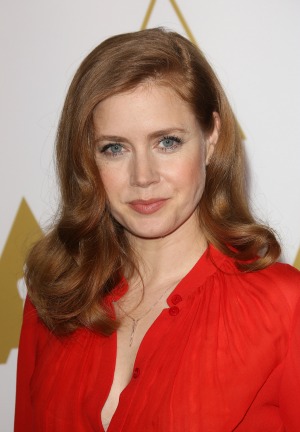 Amy Adams is heartbroken over the death of her frequent co-star Philip Seymour Hoffman. The actress was interviewed on Inside the Actors Studio only three days after Hoffman’s death, and revealed her grief over the loss.

“I just really loved him, and I know so many people did,” Adams revealed, crying during the interview. “I just don’t know how much more I can talk about it right now, sorry.”

Adams said Hoffman was “a beautiful spirit” in the interview that aired Wednesday night, Feb. 19.

Hoffman died Feb. 2 from an apparent drug overdose, at the age of 46. Adams most recently starred with the actor in The Master, but they had also co-starred in Charlie Wilson’s War and Doubt. Adams attended his funeral on Feb. 7.

“He was a beautiful spirit and he had this unique ability to see people, to really see them, not look through them,” she said. “He just really saw people, and he will be missed.”

The film Doubt earned Adams, Hoffman, and co-star Meryl Streep Oscar nominations, and Adams reflected on the experience of working with the two legendary actors.

“The things I value about actors — there’s talent, there’s skill, but without work ethic, without that generosity of spirit to take people with you on that brilliant journey that you take,” she said. “Both Meryl and Philip have this ability to create — it’s transformative.”

Hoffman’s will was revealed this week, and Hoffman’s hope for his children was that they grow up in New York, Chicago or San Francisco so that they have access to culture. While not specifically naming the city, it was clear the actor did not want them to grow up in Los Angeles.

Adams is (once again) up for an Oscar, this time for her role in American Hustle. The 2014 Academy Awards are coming up March 2.