Pharrell announced the release of his next album, G I R L, recently and we can’t wait. We’re so sure it will be awesome that it’s even on our list of reasons why he brightens our day. 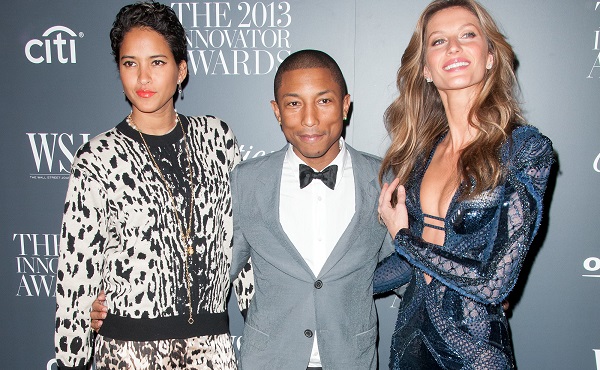 Pharrell Williams doesn’t do anything without his own brand of swagger and that includes releasing the details of his new album. Perhaps that’s why the sight and sound of the musician and producer always makes us smile: He just knows how to get it done and do it right. Of all there is to love about Pharrell, there are 10 facts that make us especially happy.

Why is Pharrell on our list of ways the Grammys could’ve been better? >>

1. His new album is on the way

Pharrell released a video yesterday sharing all the details for his upcoming album G I R L. The new record releases on March 3, just two weeks from now. And we cannot wait.

2. He takes his time

Everyone knows you can’t rush perfection and Pharrell lives by that rule. His last album, In My Mind, released in 2006. That’s a whopping eight years between records. As we’re sure you’re aware, though, he hasn’t strayed far from the limelight. He’s kept busy with Daft Punk and even released that oh-so-fun single, “Happy,” which will be included on G I R L.

You know he’s performing at the Oscars, right? >>

Take a look at our leading man. How old do you think he is? Unless you already knew the answer, we’re sure you didn’t guess that he’s actually 40 years old. For such a hard worker, everything about Pharrell screams youthfulness. We want those genes… and that energy. 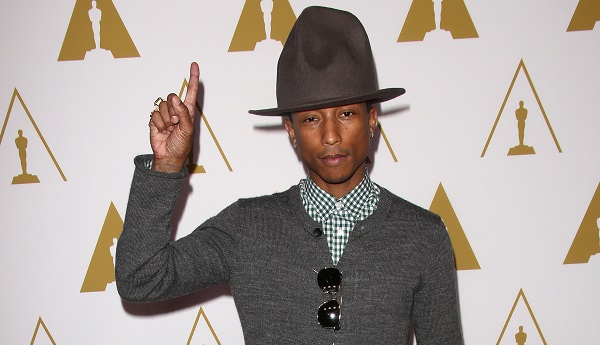 6. He’s the heart and soul of plenty of awesome music

Aside from his own album, Pharrell has taken an active part in plenty of other high-profile careers, too. Of course we know you’re familiar with his recent work on “Blurred Lines” and “Get Lucky.” But did you also know he and his group, The Neptunes, produced Britney Spears’ “I’m a Slave 4 U”? True story. Plus, The Neptunes also produced Nelly’s “Hot in Herre” which swept through 2002 like a brush fire.

7. Whatever the heck is going on here

Want more music news? Sign up for our newsletter! >>

8. He has fun with music

Is Pharrell the next Randy Newman? Probably not. But he’s still made a successful stab at sound-tracking animated hits. He had two original songs on the Despicable Me soundtrack, “Despicable Me” and “Fun, Fun, Fun.” Both of those songs were remixed for Despicable Me 2, as well as three new songs, including “Happy,” “Just a Cloud Away” and “Scream” with CeeLo Green.

i am OTHER is pretty much the embodiment of Pharrell, though he describes it as “A YouTube channel and cultural movement dedicated to thinkers, innovators and outcasts.” We could easily see Pharrell fitting into those first two categories and we’re sure there was a time when he felt like an outcast, too. We doubt he’ll ever feel like that again, but appreciate his attempt to include those who still feel on the fringe of things.

Love Pharrell as much as we do? Just wait until you hear G I R L.