Heidi Klum and Seal are so not getting back together, despite what the tabloids so desperately want. 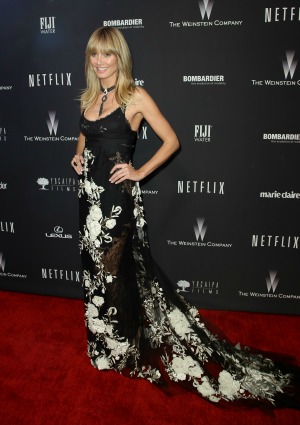 She just broke up with her bodyguard boyfriend, so if there was ever a time for Heidi Klum to reunite with Seal it would be now — but despite reports, it’s just not happening.

While some media outlets say the supermodel dumped Martin Kristen because he was about to propose and she couldn’t let him do it since she knew she was having overnight visits with her ex, Seal’s rep said the couple is definitely not ever, ever, ever getting back together, not ever.

“Seal and Heidi have not reunited as a couple,” the rep told E! News. “Their children will always be their priority, and their focus remains on co-parenting.”

The pair announced their separation in January 2012 after almost seven years of marriage.

Not that Klum is necessarily cold and lonely in her bed at night — the latest rumors have her hooking up with a younger man, Demi Moore’s ex-fling Vito Schnabel.

“I guess being with a younger guy was making her act like she was in high school,” a witness who saw the pair canoodling at Hollywood’s Bootsy Bellows bar over Valentine’s weekend told X17. “She was kissing his face all over as they enjoyed drinks with friends. They hardly left the booth — they just sat next to each other, touching from the shoulder down, laughing and flirting and making out.”

“This looks like a hot romance,” the insider said. “I don’t know if it’s going to last, but there is some serious chemistry between these two. They were both totally into each other.”

Schnabel, a New York art dealer, has also been linked to Elle Macpherson and Liv Tyler.