It has been a turbulent few months for The Little Couple‘s Jen Arnold as she battled a rare form of cancer. However, the star is on the mend and credits her children for her recovery. 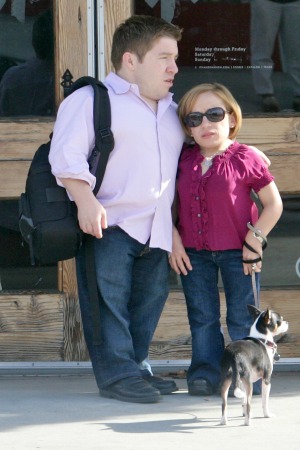 Fans of The Little Couple stars Jen Arnold and Bill Klein were heartbroken to hear the news that Arnold was suffering from a rare form of cancer.

And the sad news could not have come at a worse time for the loving couple as they had just celebrated the arrival of their second adopted child, daughter Zoey, 2, from India — a happy addition to their family and a welcome playmate for Will, 3, whom they adopted from China.

However, the Houston neonatologist was not going to let her disease win, and she was determined to put up a fight and publicly share her battle with cancer.

However, Arnold now has other, far more positive things in her life that she would also like to share with her fans. And as the hit TLC series will shortly return for its sixth season, she will be introducing the world to her beloved little girl, Zoey.

According to People, Arnold revealed that she and her husband are still “figuring out who we are as parents.” But the happy couple are thrilled to gush about the new addition to their family with Arnold confessing, “[Zoey] is a very strong personality. She is a happy girl.”

And to make things even better, the two siblings get on very well. Arnold told the magazine, “Zoey loves riding on cars and Will loves pushing her around, it is the cutest thing ever.”

We were glad to hear when Arnold was in remission and her resilience is truly an inspiration, but she credits her two children for helping her stay positive throughout her battle with cancer.

She said, “Enjoying watching my children play was a huge, uplifting part of my treatment … with kids running around, you don’t have much time to feel sorry for yourself.”