Justin Bieber has been tempted by the underbelly of Hollywood. However, fellow pop star Conor Maynard is determined not to make the same mistakes in his life. 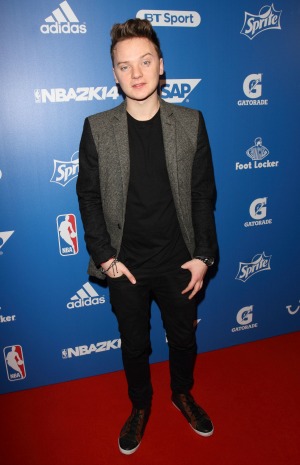 Justin Bieber has been making the headlines for all the wrong reasons lately, but there was a time when the “Baby” hit maker was an innocent, fresh-faced teen who just happened to crack under the pressure of being one of the world’s most popular young stars.

Now, Biebs may have had several run-ins with the law, blown thousands on strippers and broken hearts, but fellow singer Conor Maynard is determined not to stray down that path.

According to Contact Music, Maynard decided to assure his fans that he wouldn’t be getting into any trouble any time soon.

The “Turn Around” hit maker revealed to BANG Showbiz, “I don’t worry about ending up like Justin. I can just not do any illegal stuff! I feel like I’m good at not breaking the law. That’s always a good trait to have as a person.”

Internet hoax? Justin Bieber gets a smack from Blake Griffin >>

However, Maynard’s focus was not all about the Canadian singer’s mistakes. He has sympathy for the 19-year-old pop sensation and realizes that no matter what Biebs does it is going to cause a stir.

The 21-year-old singer said, “As an outsider looking in I feel like that maybe he feels as though he can’t do anything right, no matter what he does he’s going to be shot down. Maybe in he thinks, ‘If you want me to do things wrong, I’ll show you.’ (sic)”

Groping groupies too much for Justin Bieber’s wax statue >>

Maynard and Bieber are around the same age, so what makes the English star different and how has he managed to stay grounded throughout his fame? Maynard is convinced it’s because of the people he has surrounded himself with, people he knew and trusted before he became famous.

Maynard revealed, “I’ve kept the friends I already had, 100 percent. I’ve heard that advice from a million people. When Wiley and I shot our video to ‘Animal’ lots of my friends came down and Wiley said, ‘Make sure you keep your friends around as much as you can and for as many things as possible.’ I’ve taken that advice on board and keep the same people around me. At the moment I’ve got the right people around me that keep me on the right path.”

Let’s hope Biebs manages to surround himself with the right people and get back on the right path in the near future, too.