Peter Dinklage was horrified to have witnessed a man die in a traffic accident, but to think he had a role in causing it? That’s the kind of notion a whole new round of nightmares are made of. 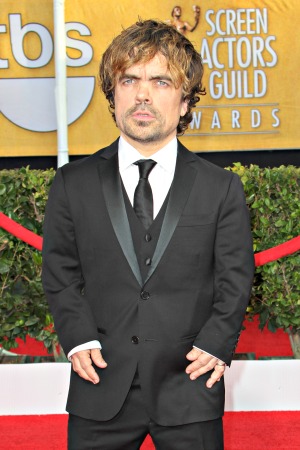 Peter Dinklage takes offense at the idea he played a part in another man’s death, even unintentionally. The Game of Thrones star has opened up to Esquire about the tragic accident he witnessed in 2003, but never expected the reporter to respond to the sad tale the way he did.

Recalling the accident, the 44-year-old began, “I was walking down Melrose Avenue in Los Angeles. There was this guy on a motorcycle right in front of me… And he looked at me.

“He didn’t wave, but he looked at me, and then he pulled out into traffic and this car, like, boom — killed him instantly… I was the last person he saw on earth.”

Stevie Nicks has a major talent crush on Game of Thrones >>

Dinklage, who at the time was becoming well known for his role in The Station Agent, then went on to share how connected he felt to the man in the seconds following the horrific wreck.

“So there was this quiet moment where it was like I was the only person in the world who knew this guy was dead,” he added. “And I was there looking at him, you know, in those moments of calm after something horrible happens, the calm before the melee starts… There was that moment when I was with him.”

All was calm during the Dinklage interview up until that point, then the Esquire reporter dared to suggest it’s possible the actor’s presence could have been what distracted the motorcyclist’s attention away from the traffic.

“Oh, my God! F*** you,” the star now known best to many as Tyrion Lannister exclaimed. “I never thought of that before. This was supposed to be a story about how I actually connected with a stranger. I’m gonna have nightmares tonight.”

Do you think the Esquire reporter’s comment to Peter Dinklage was out of line?