Oksana Grigorieva is blaming her former lawyers for her misfortune after they advised her to forego Gibson’s initial multi-million dollar settlement offer for more dough. 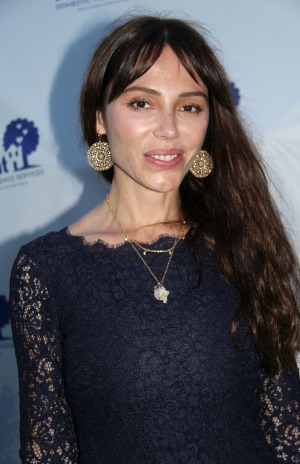 Oksana Grigorieva has filed for bankruptcy despite the hundreds of thousands of dollars she received from Mel Gibson in their settlement and is claiming that she has a mere ten dollars to her name.

The Ukrainian beauty, who parted ways with Gibson back in April of 2010, has faced a rocky road since her relationship with the well-known actor and director began. The two were involved in a dramatic child custody battle, and at one point Grigorieva had sought a restraining order against her ex. A domestic violence investigation against Gibson was also held in July of 2010 when he was accused of knocking out two of Grigorieva’s veneers. Both the restraining order and domestic accusations were later dropped by Grigorieva.

Grigorieva received a settlement of $750,000 from Gibson, as well as a home in Sherman Oaks, California, and joint custody of the couple’s daughter.

According to Grigorieva, she is down to $48,000 in assets. She also is pursuing a singing career and says she has only received $200 in music royalties over the past six months. She also claims the legal costs have far outweighed what she received in the settlement and is now over $428,000 in debt.

Grigorieva owes five lawyers over a quarter of a million dollars. She currently has a lawsuit pending against said lawyers whom she claims advised her to reject Gibson’s initial divorce settlement of $15,000,000.

Here’s hoping that Grigorieva can get back on track… especially since there is a young child involved in the mess.