She’s the Divine Miss M and she’s going to hit the stage on March 2. Bette Midler is finally making her Oscars singing debut. 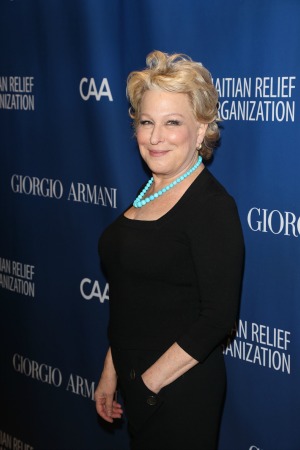 It’s hard to believe the news, but Bette Midler will be making her Oscars singing debut on March 2. It was announced on Wednesday by the Academy of Motion Picture Arts and Sciences that she will join an impressive list of performers for this year’s show.

Producers Craig Zadan and Neil Meron said in a statement, “We are thrilled to have Bette perform on the Oscars for the very first time. We believe she will make our Oscar telecast an especially moving evening.”

Since the other performers in the Best Original Song category are already announced, it makes it very possible that Midler will be doing the “In Memoriam” tribute similar to what Barbra Streisand did last year. She sang “The Way We Were” to honor composer Marvin Hamlisch who had passed away in 2012.

This makes the 68-year-old singer’s hit “Wind Beneath My Wings” a strong possibility for that segment. However, the producers have been silent about where in the show Midler will appear.

Even though this will mark Midler’s first live singing appearance at the awards show, she’s been a presenter many times over the years. She was also nominated for Best Actress in 1979 for The Rose and in 1991 in For The Boys.

The Academy has already revealed that U2, Pharrell Williams, Karen O and Idina Menzel will perform the Best Original Song nominees during the Oscars broadcast. Like last year, Zadan and Meron are promising to deliver a musical show, so get ready to tap your toes and hum along on Sunday, March 2.