CeeLo Green has big plans for 2014 — but unfortunately, they do not include mentoring on The Voice anymore. 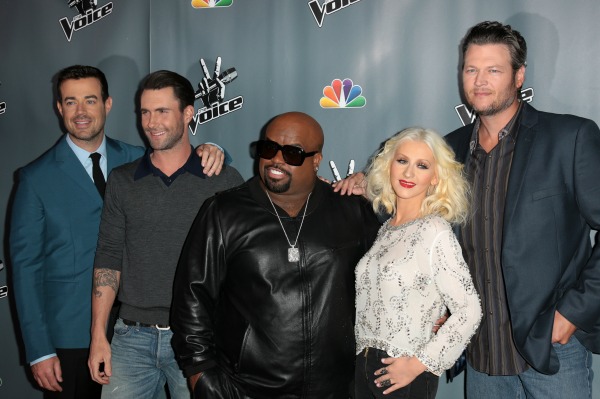 CeeLo Green will not return to The Voice next season, the star announced on The Ellen DeGeneres Show today.

The shocking revelation comes on the heels of Green’s legal problems and other opportunities in television and music.

“I have so many other things that I want to do,” he told DeGeneres. “I haven’t released an album in four years. I’m almost done with my album.” He added that he has a development deal and other talk-show opportunities in the works with NBC.

CeeLo Green: The Voice without me is “a totally different show” >>

“I’m officially announcing today that I won’t be returning as a coach on The Voice cycle 7 in the Fall. There are numerous reasons that led to this decision, which has been amicably reached with NBC, but I’m excited to be developing several other ideas with the network and my association with NBC remains strong. The Voice has been an immensely enjoyable experience for me and I can only hope I have enriched the lives of our viewers, the contestants, and the many friends I made there. I will always be there in spirit,” he said.

“Meanwhile, NBC and I plan to continue our relationship with several new co-ventures including a new music show, while we also explore our ideas for me to create and host a new show of my own. I will not go quietly into the night… expect more great music and entertainment done in my own unique unmistakable and undeniable way. The Voice has given me all the altitude and incentive to do just that. Thanks for the memories and make way for many more!”

“CeeLo Green has been an instrumental part of the success of The Voice and we deeply appreciate all his contributions,” Paul Telegdy, president of alternative and late-night programming at NBC, said in a statement. “We’re looking forward to working with him on other upcoming projects that will tap into both his musical and entertainment expertise.”

Tell us: Who should replace CeeLo on The Voice?