The highly anticipated trailer for Guardians of the Galaxy is finally released and it looks awesome. 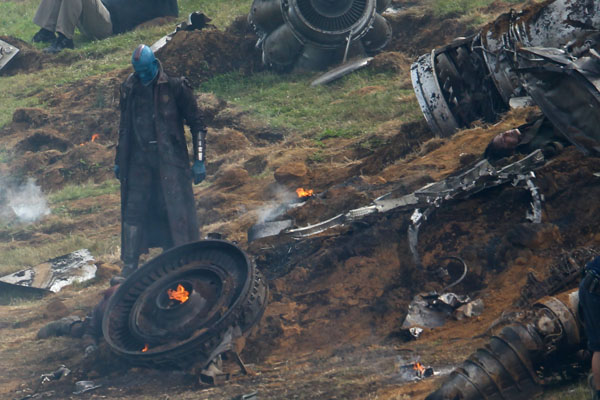 The first trailer for the anticipated Marvel Studios movie Guardians of the Galaxy was finally released and it really doesn’t disappoint.

While the comics that Guardians of the Galaxy is based on are not largely known, the upcoming movie has gathered lots of followers and has become one of the most anticipated films of the year. Plus, with the awesome lineup of actors that either appear in or lend their voices to the film, this has geared up to be a can’t-miss hit.

The trailer reveals amazing graphics and a list of characters that is sure to bring nonstop laughs and adventure. Set to Blue Swede’s “Hooked on a Feeling,” the trailer showcases lots of humor along with loads of action-packed scenes. The characters are an unlikely set for a team, which just adds to the comical aspect of the film.

The movie stars Chris Pratt as the American Peter Jason Quill — or Star-Lord, as he calls himself — Zoe Saldana as the assassin Gamora, wrestler Dave Bautista as Drax the Destroyer, Bradley Cooper as the voice of Rocket (a furry little raccoon) and Vin Diesel as the voice of Groot, a tree-like creature.

The movie centers on Quill, who is wanted after he steals a very coveted object desired by the villain Ronan the Accuser, played by Lee Pace. Quill teams up with the other main characters and they decide to go by the name Guardians of the Galaxy, who are sort of seen as a joke by the soldiers who first capture them.

John C. Reilly plays one of the Nova Corps soldier, Rhomann Dey, who introduces the characters at the beginning of the trailer as they appear in a lineup at what is presumably a jail. Benicio Del Toro also has a memorable part in the film as The Collector, who was first introduced by name in Thor: The Dark World.

Guardians of the Galaxy doesn’t hit U.S. theaters until Aug. 1, but in the meantime you can feast on the full trailer in the video below.