Taylor Swift’s breakups have been made pretty public, but was it Jake Gyllenhaal who took her virginity and left her crying in a bathroom? 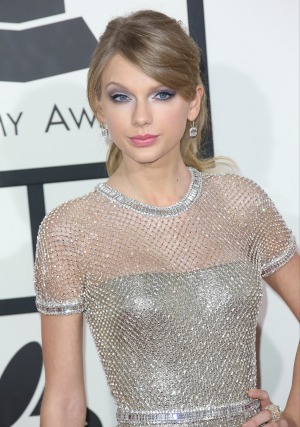 Taylor Swift’s heartbreak is always going to make headlines, or hit tracks, but the latest rumors really make you feel sorry for the songstress.

Out of all of Swifty’s boyfriends, it appears Jake Gyllenhaal really hurt her the most, and he destroyed her 21st birthday party just a few years ago.

According to Radar Online, a source revealed that the “I Knew You Were Trouble” hit maker was so in love with the Prisoners actor that she was willing to break her rules about no sex before marriage and give him her virginity.

The source said, “She thought she was going to marry Jake, that’s how in love she was with him.”

Will Jared Leto be Taylor Swift’s next inspiration for a song? >>

However, like with most Hollywood romances, things did not go as planned, and instead of enjoying her 21st birthday bash with her boyfriend at her side, Swift found herself boyfriendless and crying in the bathroom.

The source allegedly revealed, “The day before — all was set — he was coming, no issues. But the day of, she doesn’t hear from him at all. No texts, no calls.”

“Taylor thought maybe he was planning some sort of surprise. Nope. He didn’t show up and she locked herself in the bathroom and cried the entire night.”

The 24-year-old beauty may have moved on with her life now, but apparently she used Gyllenhaal — like all of her ex-boyfriends — for inspiration behind her hit album RED.

In fact, according to Radar Online, “Her breakup with Jake inspired every word of RED.” And the song “The Moment I Knew” is said to detail Swift’s awful 21st birthday.

The source revealed, “The song that specifically references this ‘event’ is ‘The Moment I Knew.’ They lyrics are all about her birthday party and Jake not showing up. (sic)”

The lyrics certainly suggest this may be the case as they say, “You should’ve been there, should’ve burst through the door.”

Regardless of Swift’s past heartbreak, we’re glad she appears to be in a better, happier place these days. Bye, Jake Gyllenhaal!