JoJo had a single once. Maybe twice. It’s been so long that I almost had to Google the name to ensure I was recalling the songstress accurately. But is this new work from the diva too little, too late? Not at all! 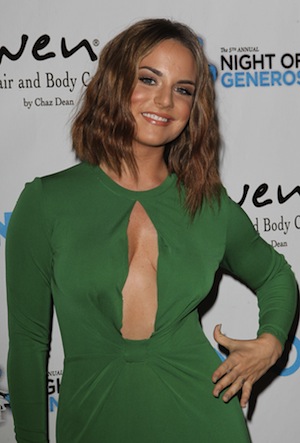 I mean seriously, when was “Get Out” even a hit? Seems like her baby face was actually a baby’s face ’cause homegirl is still only a mere 23 years old.

Country star Lindsey Ell is also young, but she’s on the rise — read our interview >>

Well, OK, so she’s still young. Perhaps that explains why she took her first major hit so seriously and literally got out of the music scene. Or was she still there?

Don’t be the last to know! The Apache Relay is here and their single is irresistible >>

So Valentine’s Day was sometime this month. OK, fine, it was last week. JoJo decides that was worthy of her return to music.

Bored at work? Make sure that never happens by getting updates via our newsletter >>

And you know what? I respect that. She didn’t try to do something over the top, like New Year’s Day or the first day of summer, when expectations would be high and competition would be stacked. She knew she would be under fire for her disappearance and under the microscope to see if she still has what it takes to be relevant.

Harsh words, but it’s an even harsher reality out there! So, she comes out with this EP titled #LoveJoJo — showcasing that she’s hip to social media and hashtags. Twitter actually inspired this release (No, of course it didn’t, but seriously, why put the hashtag?!)

I chose to feature “Glory” out of the other three tracks because one was an intro and this was the most original (since the other two were covers). Though, I shall say a Phil Collins and Anita Baker cover is incentive to hear when the song is sung by someone with pipes like JoJo.

“Glory” is a gospel number and my headliner of choice for the EP because I didn’t wait for her to pass puberty only to be lost in T-Pain distortions and loud background music. JoJo is her voice, and I prefer her to remain that way. But who knows? Perhaps the songstress has a new image in store for fans.

But while we await more tidbits from this no-longer-a-tidbit of a person (she’s still small and her voice is still grand, but she’s a woman now), indulge in this spiritual number. Valentine’s Day may be past, but one thing is certain — you can definitely be spiritual any day.