He’s ready to take on Hugh Grant’s iconic role, but David Walton definitely has his own spin to the character on NBC’s sitcom, About A Boy. 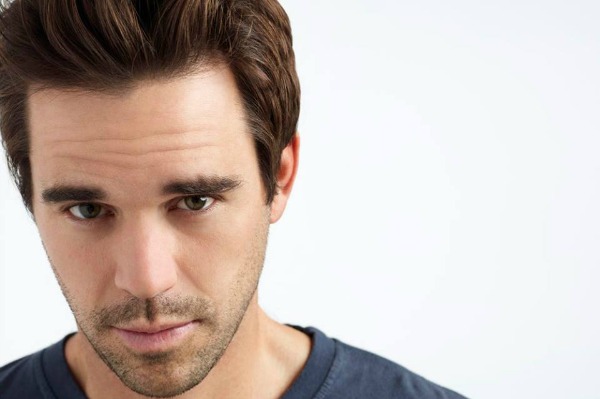 NBC is having a big month with two weeks of coverage of the Sochi Winter Olympics and Jimmy Fallon’s debut on The Tonight Show. However, the network has a few more tricks up its sleeve that include premiering a new sitcom during the Olympics.

Their latest series is About a Boy, based off of the 1998 novel by Nick Hornby that was eventually turned into a 2002 movie starring Hugh Grant. The storyline revolves around character Will Freeman, played by actor David Walton, who is a one-hit wonder living off of his music royalties. He spends his days doing leisurely activities until he meets his neighbor’s son, Marcus. Their sweet relationship turns his life around and also gets him into a lot of trouble.

SheKnows interviewed Walton about the sitcom that takes a different direction than the movie. Audiences shouldn’t expect the same approach to the character that the British actor took.

The NBC star explained, “I just realized that I’m so nervous now that people are going to review it and say ‘He’s no Hugh Grant.’ I actively avoided seeing the movie because I didn’t want to be influenced and maybe that was a big mistake, but in the end, it’s a different character.”

Walton will be interacting onscreen with 13-year-old Benjamin Stockham who plays Marcus. Their adventures each week will be chronicled with not only humor, but a bit of heart.

“His influence is bad on paper, but it kind of works. The boy kind of latches on to me like I’m a father. That’s a huge responsibility. The series explores this weird family forming. Why do you feel that connection? That’s what makes the show so special,” he said.

What viewers can’t forget while watching About a Boy, is that the main character is a man-child who might think he’s doing the right thing, but sometimes his actions are questionable. Walton compared that to his own life with his wife, actress Majandra Delfino.

“He comes up with pranks to get bullies back, he goes to parties with big rappers. My character’s idea of babysitting is taking an 11-year-old to a rapper’s pool party. [In real life], I haven’t been out in three months, my release valve is work.”

In addition to Stockham, the 35-year-old dad-of-two gets to work with Minnie Driver who plays Marcus’ mother, Fiona.

“She’s so cool. I love Good Will Hunting so much. She’s been a bona fide movie star for 20 years. There’s always this adjustment period where you meet someone who’s larger than life. She’s insanely talented.”

Besides the family atmosphere on-set, Walton has to balance life at home with his wife, star of CBS’ Friends with Better Lives, and their two kids, daughter Cecilia, 1 1/2, and son Louis, 3 months. He talked to SheKnows about how they made their two series’ schedules work.

“They [the networks] kind of did this for us. It won’t happen that way again, but while she was shooting, I stayed home with our child and ran the house. Right when hers ended and she had our second baby, she stayed home keeping the kids alive,” he joked.

As a New England native, he also hasn’t forgotten his roots and how crucial family is to him.

He explained why doing the NBC sitcom was so important to him, “I’m doing it for my family. Every time I do a show, the only thing I care about is what will my family think of it. You want to make them proud.”

The peacock network is pushing the series during the Olympics giving it a preview on Saturday, Feb. 22 after their daily coverage. Naturally, Walton has a few favorite sports he will be watching.