Candy Spelling is offering her daughter some advice by telling Tori to give her marriage a second shot. Do you agree? 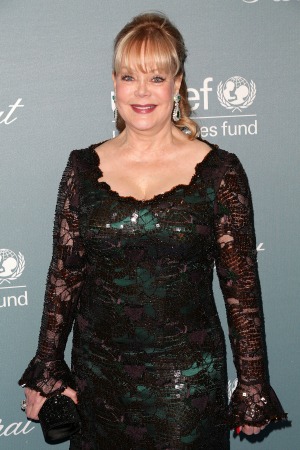 Tori Spelling has had a challenging few months with the news that husband Dean McDermott cheated on her with a Canadian woman. He’s currently in rehab to deal with his issues. However, the marriage might not be done, because someone is encouraging the couple to work it out: Candy Spelling.

According to RadarOnline, even though the matriarch of the Spelling family is upset at her son-in-law, she thinks there is hope for the relationship.

A source told the gossip site, “Candy certainly is not a big fan of Dean at the moment, because of the hell he has put her daughter through, but she does recognize that he is a great father and he does love Tori. Tori finally confided with [sic] her mom about her ultimate fear that Dean could cheat on her again in the future. It was a very open and honest conversation. At the end of it, Candy told her daughter, ‘You will never know unless you try.'”

The one thing that Candy found to be crucial in her advice to her 40-year-old daughter is the fact that McDermott is trying to get better.

The insider said, “Since Dean did decide to get help, Candy thought that he at least deserved another chance.”

Tori is devastated by the news he allegedly cheated on her with up to five women during their seven-year marriage. However, she’s trying to do what is best for her family.

“She is going to forgive him, but will never forget what happened. The real question is going to be if Tori can ever trust Dean again,” reported the source.

The couple has four children: Liam, 6, Stella, 5, Hattie, 2, and Finn, 16 months. The news of McDermott’s latest affair hit the media in December and he checked into rehab in January.