Bob Casale helped form one of the iconic bands of the 1980s. His brother announced his death at the age of 61. 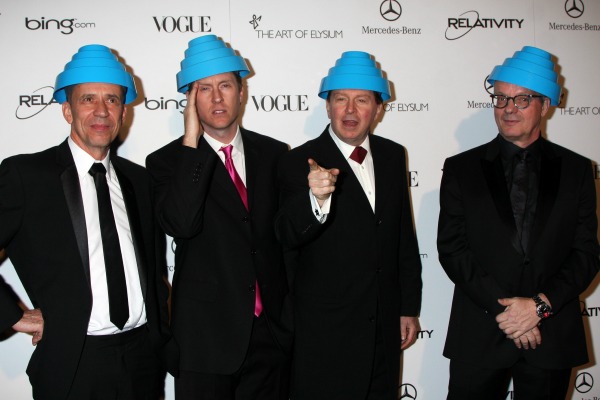 An icon of 1980s New Wave has passed away. Bob Casale, guitarist for the band Devo, died at the age of 61 on Monday, according to his brother Gerald Casale.

Gerald Casale posted the news on the band’s Facebook page on Monday, saying, “It was a total shock to us all.” He added that his brother’s death was caused by “sudden conditions that led to heart failure.”

Devo formed more than 40 years ago, in 1972, in Akron, Ohio. According to Rolling Stone, they were inspired to start a band after witnessing the Kent State massacre.

“We came of age in the middle of a huge cultural war. This country was basically in the midst of a new civil war — the lines were drawn very clearly,” Bob Casale told Under the Radar back in 2012. “[We formed the band because] it was a more immediate way of self-expression that required less money and no outside permission. You try to make a film and you have to come up with the money, you need a big crew, you need to ask people for favors and get permission. If you have an idea for a song you can pretty much go into your basement with your band mates and do it.”

The original band consisted of the Casales, Mark and Bob Mothersbaugh and drummer Alan Myers. Myers was just 58 when he died of brain cancer in 2013.

Although the band released their first album Q. Are We Not Men? A: We Are Devo! in 1978, they are probably best remembered by their 1980 album Freedom of Choice, and their song “Whip It.” They were at the forefront of an entire genre of music, but also a lifestyle and fashion that represented the 1980s.

After nearly 20 years together, the band broke up in 1991, but they soon reunited and have been touring for the last two decades. They even played Coachella back in 2010.

“We wanted to be Devo again,” Bob Casale told Rolling Stone. “And so you can’t help but sound like Devo — we weren’t going to try and sound like anybody else, we were just going to do what we do and try and write good songs with the same kind of attention to lyrical content and song structure as we’ve always given all of our work.”

Devo had a significant impact on at least one generation, if not more, and Casale’s death is being mourned by fans and others in the music industry.