Towanda Braxton of Braxton Family Values will be tweeting live with SheKnows on Thursday, Feb. 20 at 10:00 p.m. EST. Read on to find out how to tweet Towanda your questions. 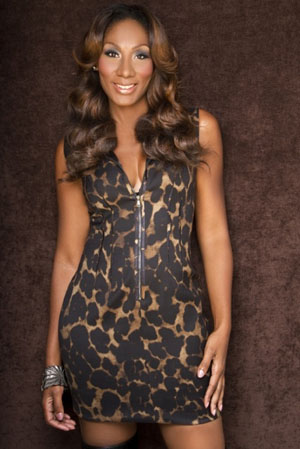 Braxton Family Values star Towanda Braxton will be tweeting live with SheKnows and answering fans’ questions after the show’s finale on Thursday, Feb. 20 at 10:00 p.m. EST.

The Braxton family reality show is coming to the end of its third season. SheKnows is giving fans a chance to ask Towanda any questions they may have about the series, the sisters, the drama or anything else they want to know.

Towanda is known on the show as singer Toni Braxton‘s responsible sister. But this season, she was part of some big drama with her other sister Traci for spreading rumors about her husband’s supposed illegitimate child.

Meanwhile, more drama ensued between Towanda and Tamar when the elder sister tried to keep the younger Braxton grounded amidst her growing fame.

During this season, Towanda has come under fire for feuding with her sisters, especially with Tamar. But while some may say that she’s jealous of her sister’s lush life, Towanda insists she’s just trying to protect her baby sister from her husband and his shady and costly IRS problems.

Also a singer, Towanda decided to pursue a different direction with her life, heading a company that trains and places people who want to work as professional assistants. She is also heavily involved with charity, working closely with the CEO of Saving Our Daughters, a nonprofit organization that helps teen girls.

“The responsible one” continues to work closely with her sister Toni as well, being very committed to their show, cast members and the business.

To get updates on Towanda’s twitter takeover, be sure to check @SheKnows_Ent often. Also, keep up with Towanda by visiting her @TowandaBraxton on Twitter. To tweet your questions to Towanda go to #SheKnowsTowanda.

Watch a sneak peek into the season finale episode below: