Marc Anthony and Jennifer Lopez may be divorced, but it appears the pair are on very good terms. So good, in fact, that Anthony is very good friends with JLo’s new beau. 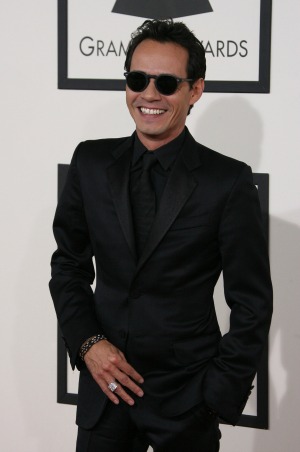 The couple, who split in July 2011 after seven years of marriage, appear to be on really good terms, and Anthony has even admitted he likes Lopez’s new beau, former backup dancer Casper Smart.

The “My Baby You” hit maker joked on The Wendy Williams Show on Monday that he has liked his ex-wife’s beau since he met him.

Anthony made light of the age difference between Smart, 26, and Lopez, 44, saying, “I like them young, too! I’m not one to judge.”

The American Idol judge has been dating Smart for two years and it appears her ex-husband approves. Anthony went on to reveal, “It’s great. As a matter of fact, we [Smart and Anthony] were texting back and forth two days ago. We’re actually really, really good friends. From the very beginning.”

“When you love someone and you care for someone… Jennifer and I — I don’t say it lightly — we’re great friends. You know, anybody that means anything to her means something to me.”

Anthony, who shares twins Emme and Maximilian with Lopez, went on to admit that he likes Smart not only because of his relationship with the “On the Floor” songstress but also because of how good Smart is to his children.

And although there’s currently no woman in the 45-year-old singer’s life — having recently split from girlfriend Chloe Green — that doesn’t mean Anthony has given up on love. In fact, he even has hopes of getting married again in the future.

“Yeah, I do, I do [want to get married],” Anthony revealed. “I believe in relationships. I believe that God has blessed me in so many ways. Material things go but so far. Success goes but so far. But when your house is empty and you don’t have someone to invest in, if you don’t have a witness, it’s almost worthless.”