The latest collection of rockers from Nashville, The Apache Relay, is back with a third album and a new tour that will drag them across the country. We think it’s time y’all were properly introduced. 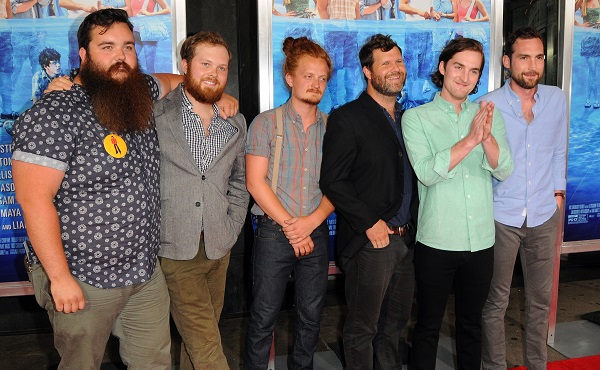 Ya know what band is freakin’ awesome? The Apache Relay.

Nashville’s rag-tag band of redneck rockers just released a new single, are about to embark on a tour that leads them straight through SXSW and are set to release their next brilliant album. Chances are, though, you may not have heard of them and that’s an error we plan to fix.

First and foremost, we should address their genre. Fuse (and a million more outlets) have referred to the band as “folk rock,” but we think that’s a little misleading. Apparently, if you mix a banjo or violin along with electric guitar, that suddenly means people need to add “folk” in front of the “rock” genre. That’s a little unfair, though. If an orchestra includes a banjo, they don’t become “folk classical,” “grass class” or “neo-Appalachian classical.” That would be insanity. There’s nothing wrong with the folk genres or the sweet, sweet sounds of bluegrass. But each band has it’s place and The Apache Relay deserves to slide perfectly into rock. Proof? Take a look and listen to this performance at Loveless Cafe for Music City Roots.

Good, right? There’s not exactly anything “folk” about that performance, though.

After tackling Music City Roots and Bonnaroo, releasing two albums and opening for Mumford & Sons at the Ryan Auditorium, the sixsome is back at it again. They have a new single, “Katie Queen of Tennessee,” a self-titled album on the way and a tour that includes a stop at SXSW. Are you ready for more of The Apache Relay? By summertime, you’re likely to be hearing a lot more of them. We promise that’s a good thing.

Speaking of “Katie Queen of Tennessee,” it might be time for you to meet her. With her warm and summer-y tone, she sure to be the girl song that will take Apache Relay even farther than they’ve been thus far. The backing strings make the single light and chipper. And that guitar’s touch of vintage, surf-rock twang makes it seem like Katie could just as easily be the Queen of California, too. We don’t hear that supposed “folk” sound from the single, though. It sounds like good, old-fashioned lo-fi rock to us and we love it.

“Katie” is the first single off their third album, The Apache Relay, which releases April 22. All that’s left to do until then is to go see The Apache Relay live. (Hopefully this tour goes better than that time their van died and ruined everything.) If they’re not coming to a city near you, it might be time for a road trip.

Listen up! It’s time you let in Dan Croll >>