Pete Wentz is expecting a baby with girlfriend Meagan Camper, and made the announcement as stars do these days — via Instagram. 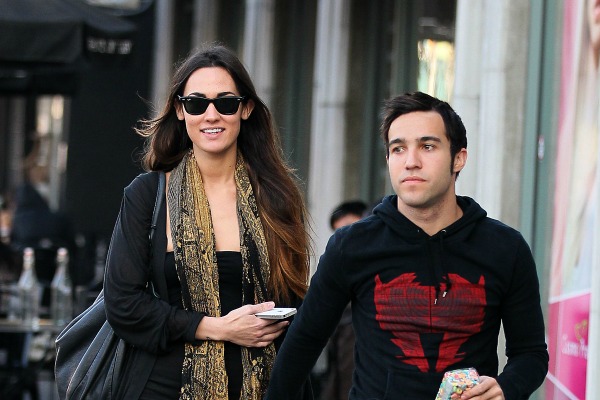 Pete Wentz is about to be a father for the second time. The musician announced that he and his girlfriend, Meagan Camper, are expecting their first child together.

Music review: Fall Out Boy Save Rock and Roll >>

“We’re super excited to announce we’re expecting a baby,” Wentz wrote on Instagram, along with a photo of himself and Camper.

A friend told People that the pregnancy is not an accident.

“They’ve been planning on this for a while,” the friend said. “And they’re really excited for Bronx to have a new little buddy.”

Wentz was married for Ashlee Simpson for less than three years, and the two have a child, Bronx Mowgli, together. Bronx Wentz was born in 2008, but his parents were divorced in 2011.

They have been fighting each other for custody since breaking up, but it looks like they have finally learned to be civil to each other when it comes to their son.

“It’s like Ashlee’s been my best friend for five years,” Wentz told Ryan Seacrest after the divorce. “She’s the mother of my child. I have nothing but love and respect for her. Going through something like this isn’t easy, but we’re friends, and the most important thing is to put our son first.”

Wentz had a tough time after his divorce, but has been having a good couple of years. His band, Fall Out Boy, reunited in 2013, and he seems completely smitten with Camper.

“Meagan is a big sister and has a great relationship with Bronx,” a friend told People. “She’s naturally maternal so this is perfect.”

Pete Wentz has major regrets over his penis piercing >>

The 34-year-old bass player recently told Wendy Williams that he and Camper discuss marriage “a lot.”

“I feel really lucky,” he said. “It’s really interesting when you’re in a relationship with somebody who’s truly my best friend. I talk to her about everything.”