Bradley Cooper had a recent wardrobe malfunction just before a White House dinner, so he did what he had to do to fit into his tux. 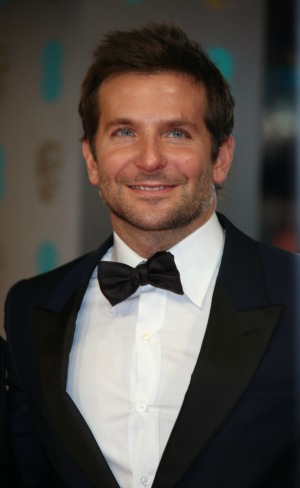 Bradley Cooper recently attended a White House state dinner, and left one very important item at home. Cooper was at the White House to honor French President François Hollande, and he told Ellen DeGeneres on her show that his pants were so tight he had to forego his underwear for the evening!

“I’m prepping for this new movie and I’m trying to gain weight fast, so I’ve gained about 15 pounds in four weeks and nothing fits me anymore,” Cooper said

The actor plans to gain about 35 pounds total for the role of U.S. soldier Chris Kyle in his new film American Sniper. When he was headed to Washington, D.C. for the dinner, Cooper said he packed his Golden Globes tux without trying it on.

“I’m getting dressed, like, 10 minutes before I was supposed to go, and literally the pants go up to like here,” he said pointing to his thighs, “and I just started laughing, actually this is hilarious — I’m going to meet the president.”

Cooper felt he had only one option… “I had to go commando, No. 1 because there was no room at all,” he said. “It was a nightmare. But I made it through.”

The actor added that the pants were “crazy-town tight.”

President Obama has yet to comment on the fashion faux pas, but he is likely to find it as hilarious as everyone else. This was not Cooper’s first trip to meet the POTUS. Back in 2013, he was invited to the White House to talk about Silver Linings Playbook and mental health issues in the country, a cause he has been passionate about for years.

Cooper is getting ready for the Academy Awards where he is nominated for his role in American Hustle.

The Oscars air on Sunday, March 2.