There has been a lot of secrecy surrounding Lil’ Kim’s pregnancy, but the dad is talking. He also reveals the sex of their baby. 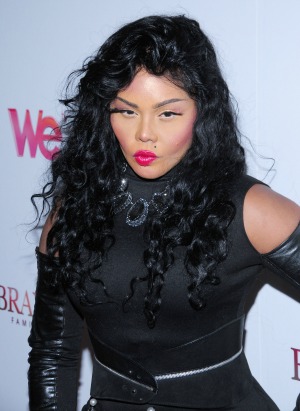 Lil’ Kim surprised everyone last week when she showed up to New York Fashion Week with the best accessory ever: a baby bump. The 39-year-old had clearly kept the first and part of her second trimester under wraps.

She confirmed the news to Us Weekly, “I’m so excited! I’m a few months along, I can’t wait to be a mom!”

At the time, she did not reveal who the baby’s father was or the sex of the baby. However, her baby daddy came out of the shadows and started blabbing to the press.

Last week, East Coast rapper Mr. Papers told Radar Online, “Yeah, we’re having a baby. I’m ready for daddy duty. Kim is doing great. We can’t reveal the sex yet, but that baby is going to be well taken care of… rocking Tom Ford, Versace — even the stroller will be designer.”

While he said he couldn’t reveal the gender of his baby last week, he’s singing a different tune this week. On Monday, he told the site that they are having a boy.

Eva Amurri about to make Susan Sarandon a sexy grandma >>

This will be the first child for Lil’ Kim, but it will be the second child for Mr. Papers. He has a 4-year-old son from a previous relationship. The two musicians have had an on-again, off-again relationship since 2012.

With a baby on board, it’s looks like this relationship is on!