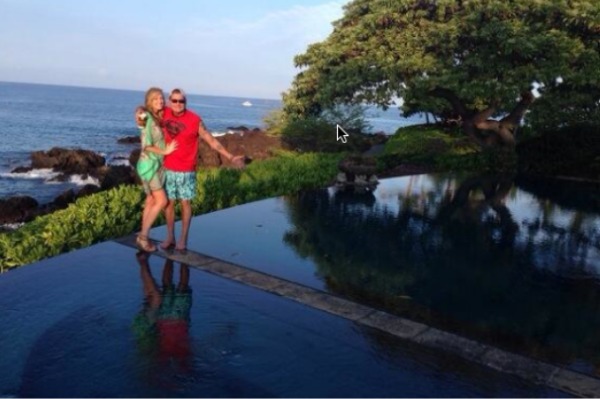 Sheen popped the question on a romantic Valentine’s getaway in Hawaii, his rep confirmed, and he even got down on one knee.

“Yes! We are engaged!” Rossi, who also goes by the name Scottie, told E! News. “He even was a gentleman and got down on one knee.

“I was not expecting it at all. We had a beautiful Valentine’s Day and he proposed to me early this morning after we watched the sun rise. The ring is classic and beautiful, but I don’t have any photos to share just yet. This is the happiest moment of both our lives. He’s my best friend and my soul mate.”

Sheen has previously been married to Donna Peele, Denise Richards and Brooke Mueller but disputes the fact that this will be his fourth marriage as his first was annulled. As he told People magazine in his Twitter-like prose:

“With all due respect to Donna –
that maiden Klay-Vinn was annulled.
Therefore,
if ‘three’
truly is a charm;
The mashup/acronym
of the real CS,
(Charlie & Scottie)
HAS to be;
‘Char-M-stee…’
xox
c&s”

As foolish as marrying four times sounds — especially for someone with Sheen’s track record — he is not stupid and is reportedly prepping an ironclad prenup, just in case history repeats itself.

“Charlie will be a little more generous with Brett in regards [sic] to the prenup than he was with Brooke,” a source told RadarOnline. “The prenup will be very generous for Brett, but Charlie has to protect his finances even though he doesn’t think the agreement will be needed, because he believes Brett is his soul mate.

“For him, this is only a formality. He doesn’t think Brett is after his money. This time, it’s different,” the source said.