It was meant to be one of the happiest moments in Olympic athlete Bode Miller’s career. Instead, his win in Sochi, Russia, resulted in him being driven to tears by a pushy reporter. 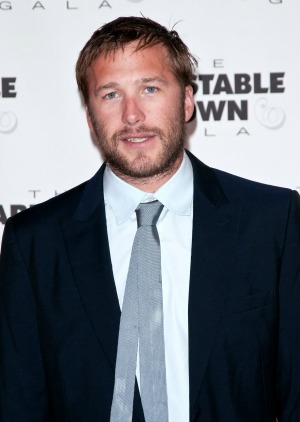 In what was meant to be one of the most joyous moments in team U.S.A. Olympian Bode Miller’s life instead left him in tears after answering a reporter’s pushy questions.

Miller won a bronze medal in the Alpine skiing Super-G on Sunday at the Winter Olympics in Sochi, Russia, but the buildup to this year’s games had been extremely trying for the athlete.

According to CBS, Miller lost his brother Chelone last April, who died after suffering a seizure. In addition to dealing with great personal loss, Miller also was trying to recover from a left knee injury that threatened to end his career, and he was involved in a vicious custody feud over his son.

After overcoming some extremely emotional issues in his personal life, Miller went on to become a medalist for the sixth time on Sunday and the oldest Alpine medalist in Olympic history. Of course, everyone wanted to know how the 36-year-old athlete was feeling at the time, but did one reporter take her questions too far?

NBC Correspondent Christin Cooper has come under heavy fire from fans on social media who say her line of questioning and her persistence to ask Miller about the death of his brother resulted in him breaking down and sobbing uncontrollably.

Cooper may have started with a normal line of inquiry about how much winning a bronze medal meant to Miller and how he managed to successfully return to the sport after a turbulent year. However, it became evident that the focus was turning toward the loss of his beloved dead brother.

Cooper asked, “Bode, you’re showing so much emotion down here, what’s going through your mind?”

From eye infections to concussions: Sick days at Sochi Olympics >>

However, her line of questioning became more aggressive when she asked, “I know you wanted to be here with Chelly, really experiencing these games. How much does this mean to you to come up with this great performance for him? And was it for him?”

An emotional Miller was by this stage at a loss for words and responded, “I don’t know if it’s really for him, but I wanted to come here and, I dunno, make myself proud, but …”

Many fans believe Cooper should have stopped pushing by this point. However, she was determined to get in one more question.

“When you’re looking up in the sky at the start, we see you there and it looks like you’re talking to somebody. What’s going on there?” Cooper asked, which left Miller in tears.

It was clearly going to be an emotional day for Miller regardless of the pushy questions, and the memory of his brother was definitely pulling on his heartstrings. In an emotional tweet, the bronze medalist said, “Thanks for all the support, today was one of the most emotional days of my life. I miss my brother.”

Twitter is filled with nasty messages, disgust and shock for Cooper and her aggressive questions, but Miller has stepped in and taken the high road. In fact, he has chosen to defend the journalist who brought him to tears.

Miller tweeted, “I appreciate everyone sticking up for me. Please be gentle w christin cooper, it was crazy emotional and not all her fault. #heatofthemoment. (sic)”

He then added, “My emotions were very raw, she asked the questions that every interviewer would have, pushing is part of it, she wasn’t trying to cause pain.”

Although, Miller’s emotional response may have detracted from his Olympic win, we’d just like to say a very big congratulations!