The 2014 BAFTA Awards ceremony was filled with surprises, emotion, humor and even some cheeky royal action. 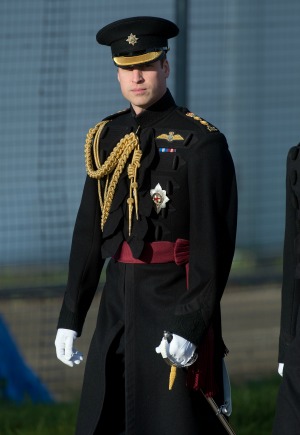 The British Academy of Film and Television Arts Awards ceremony for 2014 kicked off on Sunday at the Royal Opera House in Covent Garden, London, England, and the 62nd star-studded affair did not disappoint.

Gravity and 12 Years a Slave dominated the night and shared the glory. The space drama Gravity managed to take home a whopping six awards from its 11 nominations, including the prize for Outstanding British Film, which caused a bit of a stir as to how eligible the film was for the accolade.

However, Alfonso Cuarón is a British resident, the film was produced by Britain’s David Heyman and it was shot at Pinewood and Shepperton Studios with a crew of local technicians.

Steve McQueen’s 12 Years a Slave took home two awards, including the accolade for Best Film. McQueen gave a touching speech in which he thanked his “one and only mother for having the faith — never give up.”

British star Chiwetel Ejiofor finally won a well-deserved BAFTA for Leading Actor for his role as Solomon Northup in 12 Years a Slave. He happily accepted his award, saying he was “so deeply honored and privileged to receive it,” before thanking McQueen, the man responsible for the critically acclaimed film.

“Thank you sir for your work, your artistry, your passion in this project. You brought us all through it…. This is yours by the way. I know that and you know that — I’m gonna keep it, that’s the kind of guy I am, but it’s yours,” Ejiofor said.

Cate Blanchett took home the award for Leading Actress for her role in the Woody Allen film Blue Jasmine. The Australian actress was out of breath and joked, “I was siting in Row G. I thought that was a sign I wouldn’t be getting up here. God, I’m unfit.”

Blanchett went on to emotionally dedicate her award to her late friend Philip Seymour Hoffman, saying he “continually raised the bar” and how he’ll be sorely missed for “his monumental talent, generosity and quest for truth.”

She said, “Phil buddy, this is for you. I hope you’re proud.”

The night was not without a few more jokes as Prince William, The Duke of Cambridge, and Jeremy Irons introduced Dame Helen Mirren for the honor of BAFTA Fellowship. Prince William said Mirren is “an extremely talented British actress whom I should probably call ‘Granny,'” referring to her award-winning role in The Queen.

However, probably the best moment of the night has to be when rapper Tinie Tempah decided to cheekily high-five Prince William during his performance with Laura Mvula. Social media exploded with excitement with messages from Twitter users including, “Tinie Tempah just high fived Prince William. That’s when the monarchy ended. Right there. #BAFTAs.”

The “Written in the Stars” hit maker himself told the BBC, “It was great, I just saw him there and thought, ‘Do you know what? Why not?’ and it felt great.”

The Act of Killing, Joshua Oppenheimer