Darren Aronofsky, director of such nightmarish films like Black Swan and Requiem for a Dream, is tackling the most epic story ever told: Noah’s ark. But sticking to the biblical events may prove too much for some Christians, possibly resulting in an edit not approved by the director. 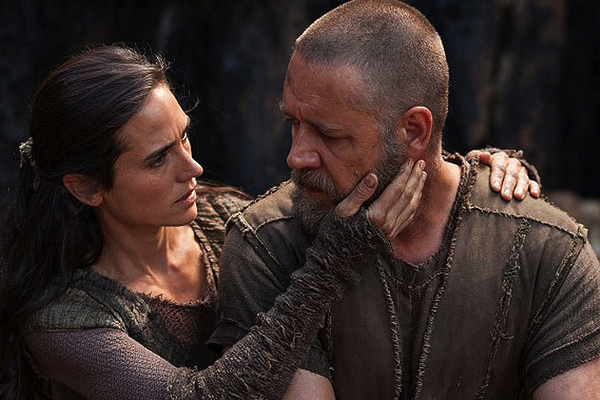 The Hollywood Reporter revealed that the studio behind the upcoming film Noah, directed by Darren Aronofsky, has been nervously testing alternate versions for Christian audiences, and the results have been mixed.

The controversial film stars Russell Crowe as Noah, Jennifer Connelly as his wife and Emma Watson as his daughter.

One scene in particular that has religious-minded people upset is where Noah gets drunk after the flood. Catholic.org has this text from Genesis: chapter 9:

“Noah, a tiller of the soil, was the first to plant the vine. He drank some of the wine, and while he was drunk, he lay uncovered in his tent.”

If there’s anything we would need after a great flood, it’s a glass of wine, so we can totally relate to Noah.

He does, however, present the character of Noah as an angry guy obsessed with building an ark, per God’s orders. So if you’re looking for a nice grandfatherly-type in a long white beard, you’ll be sorely disappointed.

Having been raised in a conservative Jewish household, Aronofsky told THR that “I had no problem completely honoring and respecting everything in the Bible and accepting it as truth.”

So where’s the disconnect? Many modern Christians may be more familiar with the New Testament of the Bible that portrays a very loving and forgiving god. It’s easy to overlook the “eye for an eye” divinity of the Old Testament who killed everyone on Earth, except for Noah and his family. 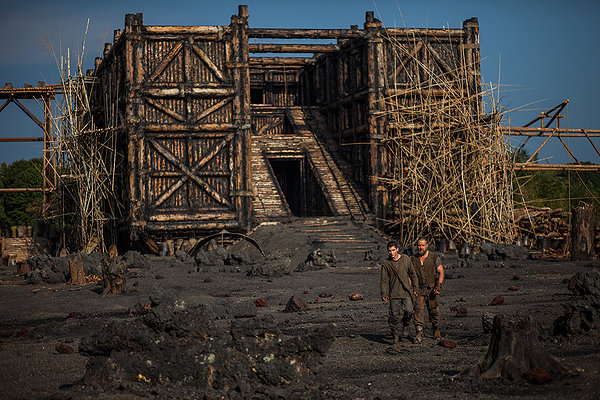 Whatever the final edit will be, Aronofsky is working with the largest film budget of his career. Over $125 million has been spent to tell this disaster drama that ironically faced setbacks when Superstorm Sandy hit the film’s set in Oyster Bay, New York.

“It was pretty hard to keep working, but we still brought it in on time,” said Aronofsky.

Weigh-in in the comments section below if you think Noah getting drunk is too controversial to show in the film.