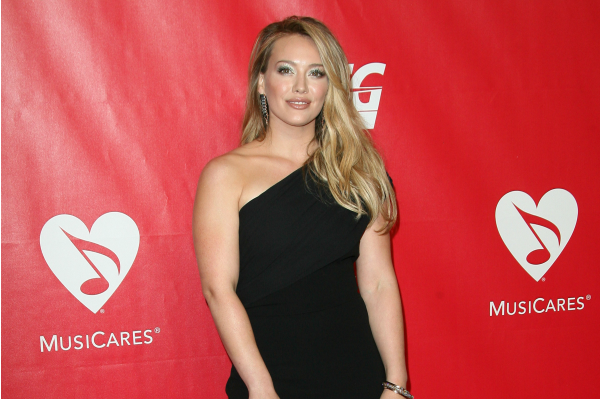 Who says that splitting from your husband means that you can’t get along? Just ask Hilary Duff and Mike Comrie, who are proving that you can get along with your ex.

The 26-year-old actress is currently on a tropical vacation with the ex-NHL player and their son Luca, 22 months. They are getting along so well that Duff even posted photos of their vacation together.

Hilary Duff split with Mike Comrie: “He never did anything!” >>

In the picture, the family is seen huddled together. The former Lizzie McGuire star has on a striped tank top and shorts while Comrie casually drapes his arm across Duff’s shoulder. He’s also holding Luca, who is enjoying his big ripe piece of fruit.

The couple, who split in January after three years of marriage, seems to be handling the change in their relationship well. Their rep had announced earlier in the year, “They remain best friends and will continue to be in each other’s lives.”

This statement appears to true since they have been working at keeping their family unit intact. They have been spotted multiple times over the last month eating together and going out as a family in New York City while Duff shoots a new pilot called Younger.

Duff also showed that she is handling her first single Valentine’s Day alone well with a sweet tweet to her fans.